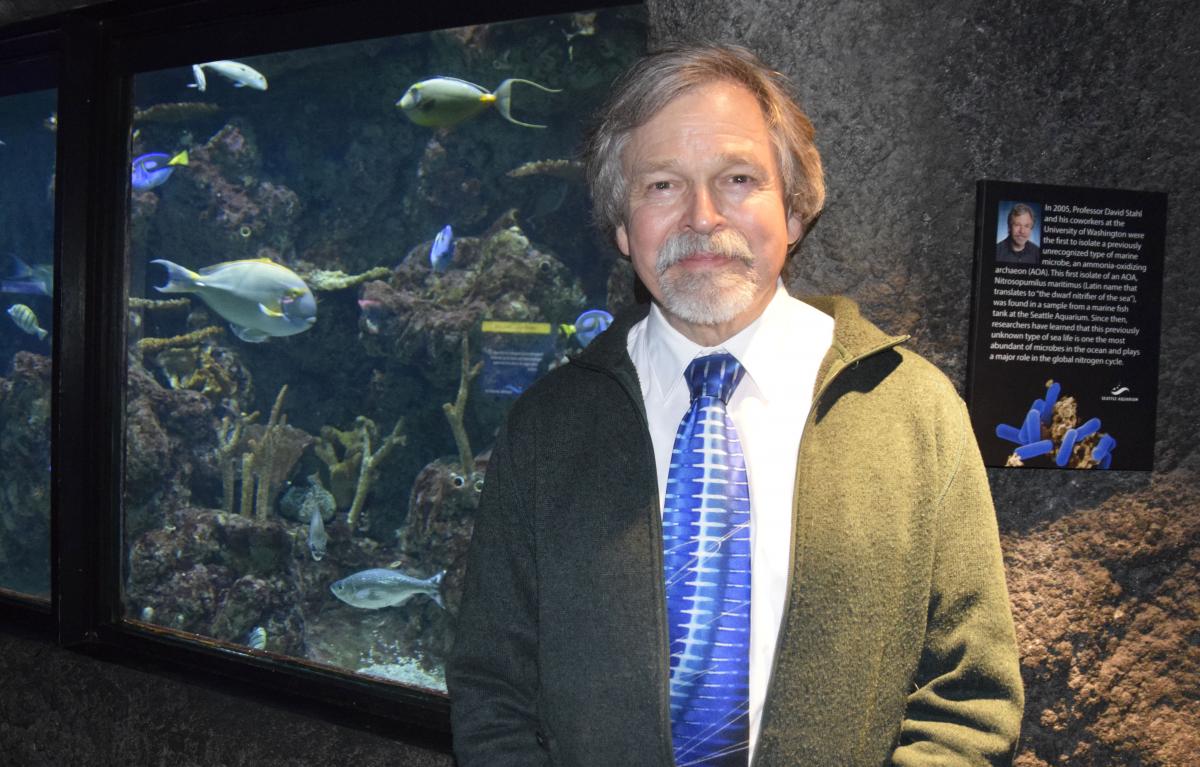 For the majority of his career, Civil & Environmental Engineering professor David Stahl has researched something so small it can’t be seen by the unaided eye. His accomplishments, on the other hand, are quite visible.

After 19 years of teaching and research at UW, Stahl is retiring at the end of June. Over the years, his research has led to advancements in the field of microbial ecology. His groundbreaking discovery of a marine microbe sheds light on one of the most abundant microbes in the ocean that plays an important role in the global nitrogen cycle.

“I’ve had a lifetime interest in biological systems,” Stahl said. “I explored natural systems as a kid and there was always a creek or swamp or critters that were attractive nuisances.”

Originally from the Seattle area, Stahl earned his bachelor’s degree at the UW before heading east to earn his Ph.D. in microbiology at the University of Illinois, Urbana, where he also accepted his first faculty position. Prior to returning to the west coast to join UW, he also worked at Northwestern University.

Over the years, Stahl’s research has focused on studying the relationships among microorganisms that reside in all natural and built environments. His most significant discovery occurred in 2005, when researchers in his lab were the first to isolate ammonia-oxidizing archaea microorganisms from a water sample taken from a fish tank at the Seattle Aquarium.

For more than a century, it was unknown which marine microbes were responsible for converting the nitrogen in ammonia to forms used by algae that form the base of the marine food web. Although present in air, water and soil, only about 1% of microbial species on Earth have been identified. In honor of his discovery, a plaque was installed at the Seattle Aquarium in December 2018.

Publishing an impressive amount of papers over the years, Stahl has received many thousands of citations. He also coauthors a major textbook in microbiology, titled Brock Biology of Microorganisms. Originally published in 1970, the textbook is now in its 16th edition. Stahl was also the cofounding editor of a new journal, Environmental Microbiology.

“I have lots of nice memories of working with people on various projects over the years. Science is very international, so I’ve developed connections with wonderful colleagues,” Stahl said.

Although he will continue working on a few research projects, Stahl plans to spend his retirement doing more hands-on work with wood and metal, as well as spend time hiking in the Pacific Northwest. He and his wife, Lin, also will enjoy time with their three children who reside in either Washington or California, and three grandchildren.