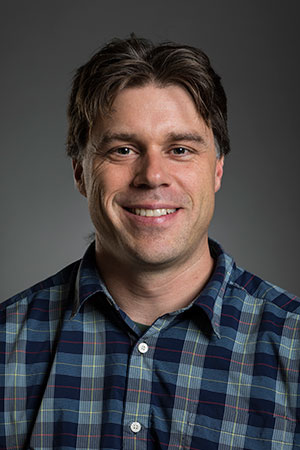 David Butman grew up outside Boston, MA in the city of Gloucester. After completing an economics major in college, he continued to finish a double major with environmental science. Post college, he worked as a fisheries observer for the National Marine Fisheries Service through the North Atlantic, and finally he got too cold in the winter. From there he worked for the State of Massachusetts in the Dept. of Environmental Protection as a watershed analysis. Following his time in Boston, he moved to Woods Hole, MA where he worked as a research assistant at the Woods Hole Research Center estimating biomass throughout the forests of Siberia from space borne satellites. At this point he was hooked on satellites and research, returned to the Yale School of Forestry and Environmental Studies, where he completed a dual masters and PhD focusing on carbon cycling in inland water systems. This developed into a Post-Doc with the U.S.G.S and finally led to his position here at the University of Washington. His real life is spent with his wife and two kids, either at soccer matches, hiking around the Pacific North West, or fixing their house in Seattle.

Fresh water is critical to human survival and yet we continue to use and degrade this resource directly through mismanagement and indirectly through changes to the global climate system and unsustainable land use. Butman's work highlights these connections through investigations into the biogeochemistry of watersheds around the world, using advanced field techniques, geospatial modeling and satellite based remote sensing.