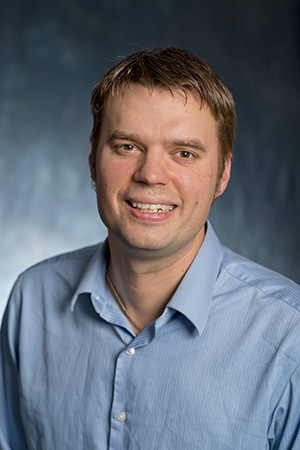 Ed Kolodziej began his academic studies with a B.S. in Chemical Engineering from Johns Hopkins University (1998), after which he focused on environmental issues and went to the University of California at Berkeley where he received his M.S. (1999) and a Ph.D (2004) in Environmental Engineering. He came to CEE in 2014 as part of the UW Freshwater Science Initiative after seven years as faculty at the University of Nevada, Reno, also in Civil and Environmental Engineering. He also holds a joint appointment with Interdisciplinary Arts and Sciences at UW Tacoma, and is affiliated with local and regional water quality efforts through The Center for Urban Waters.

Ed’s interests include water quality and contaminant fate in natural and engineered systems, especially focusing on interdisciplinary approaches to complex environmental issues affecting water and ecosystem health. His research group works to characterize and control non-point source pollution, understand attenuation mechanisms in natural systems, and optimize engineered systems for trace contaminant removal. His research has been published in Science, and featured in news media such as Nature, Scientific American, U.S. News and World Report, Yahoo Health News, BBC Radio’s “Inside Science”, and the Huffington Post among others.

In celebration of the EPA awarding $36 million in grant funds to Puget Sound, elected officials learned about the work of CEE faculty Ed Kolodziej to identify an unknown chemical that causes death in stormwater-exposed coho salmon.

Cause of salmon deaths uncovered

UW researchers discovered a chemical that kills coho salmon in urban streams before the fish can spawn.