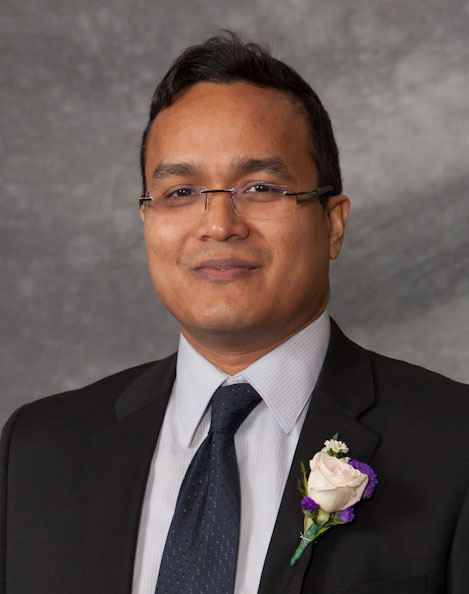 The overarching mission of Faisal Hossain is to make access to information on water a ‘fundamental right for all nations and all humans’ and apply earth science discoveries with engineering technology to reduce social inequity in availability of food, water and energy around the world. He has published over 170 peer-reviewed journal articles, authored an undergraduate textbook, edited four books and contributed nine book chapters. His capacity building and education initiatives involving satellite remote sensing, numerical weather prediction and physical land surface modeling have resulted in several independently-owned satellite management system for Governments of several Asian nations for improved water, food and energy security. He has served as Editor for Journal of Hydrometeorology (2015-2020) and chair for ASCE Task Committee on "Water Infrastructure, Weather and Climate" (2015-2018). He currently serves as Applications lead for Science Team of Surface Water Ocean Topography (SWOT) Mission that is scheduled for launch in 2022. Faisal Hossain launched the nation’s first Student STEM Film Contest for engineering majors at University of Washington in 2017 that now occurs bi-annually (most recent in 2019-2020 with more than 160 film submissions from overseas institutions). His first ever docu-fiction movie titled “Joler Par” (Rising Tide) contested unsuccessfully at film festivals in 2014. However, his most recent films that have been screened at film circuits, such as "Bay of Hope" (2015) and “Cotton Fields from the Ivory Tower” (2017), give him hope for a full-time film-making career one day. He is currently working on his 6th big-budget animation production called “The Silent Route” on social justice and raising awareness on violence against women in war zones. Faisal Hossain is also the author/editor of the two volume series illustrated Children’s Book titled “The Secret Lives of Scientists, Engineers and Doctors” (2020). This children’s book was the fruit of his STEM leadership and outreach to the National Academies during 2018-2020 in a program called “NEW VOICES” that selected 18 of the nation’s leading mid-career scientists, engineers and doctors. In 2022 Faisal Hossain published his third Children's Book titled "Robots and Other Amazing Gadgets Invented 800 Years Ago" as part of an on-going effort to excite the young generation to explore out doors how the natural world works using basic laws of physics.

We believe that humanity’s greatest achievements are not in its discoveries but in “how those discoveries are used to reduce inequity” around the world. Our vision is therefore to work towards a world with equitable access to fundamental livelihood resources of water, energy and food while maintaining a healthy planet for our future generations. We aspire to become the world’s premier research group that improves livelihoods in challenging environments through sustainable application of earth science, remote sensing and advanced information technology. We are all about crossing the last mile using user-ready research that empowers others to improve their livelihoods in a sustainable and equitable manner.

Professor Faisal Hossain authors a children’s book to highlight how technological breakthroughs predated the internet and were inspired by the natural world.

Five years ago, when Professor Faisal Hossain helped implement a new satellite-based irrigation advisory system in Pakistan, it was uncharted territory. But that territory now includes three countries and more than 100,000 farmers.

As part of an industry capstone project, students create a rover that can inspect sewer pipes and culverts for damage that may prevent fish migration.

CEE professor Faisal Hossain has been selected as a fellow of the American Meteorological Society.