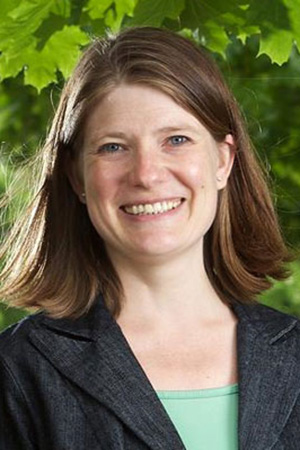 Dr. Jessica Lundquist grew up in California and spent every summer hiking in the Sierra Nevada. She received her B.S. in Atmospheric Science from University of California, Davis in 1999, her M.S. in Oceanography from Scripps Institution of Oceanography (SIO) at U.C. San Diego in 2000 (with a thesis on coastal fog), and her Ph.D. in Oceanography from SIO in 2004 (with a dissertation on diurnal cycles in mountain streamflow). She spent 2 years in Boulder as a CIRES postdoctoral fellow with the University of Colorado, Boulder and NOAA, where she finally learned to ski. She began her position as Assistant Professor at the University of Washington in fall 2006 and was promoted to Associate Professor in 2011. Jessica was awarded the Cryosphere Young Investigator Award from the American Geophysical Union in 2008. She received the Water Resources Research Editor’s Choice Award in 2014 for her paper on forest-snow interactions around the world.

Dr. Lundquist's research focuses on spatial patterns of snow and weather in the mountains and how those patterns are likely to affect streamflow and water resources in a changing climate.

In addition to loving teaching and research, she enjoys hiking, skiing, climbing trees, jogging around Greenlake, playing the piano, taking her sons to the zoo, and petting her two cats.

Mismatch between visitors and wildflowers

A team of researchers including CEE faculty Rebecca Neumann and Jessica Lundquist has found a new reason behind increased methane emissions from a thawing permafrost bog in Alaska: early spring rainfall.

Snow school is cool on many levels. CEE students attended a snow measurement field school in the Colorado Rocky Mountains where they learned about fundamental concepts and practices of snow hydrology.