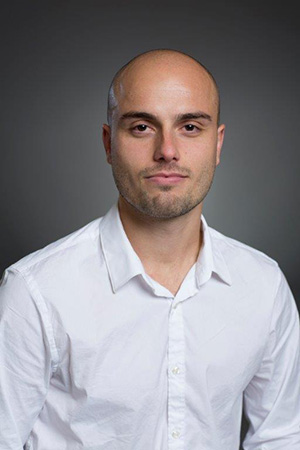 Paolo Calvi joins the Department of Civil and Environmental Engineering as assistant professor in structural engineering in September 2015. He has a BA and an MSCE from the University of Pavia (Italy), where he gained experience working in one of the most advanced centers of research on earthquake engineering (www.eucentre.it). During his studies, he was a visiting student at the University of California San Diego, where he attended advanced courses on earthquake engineering and structural integrity. He obtained his PhD at the University of Toronto, where gained extensive experience in the area of advanced experimental and numerical response of reinforced concrete and prestressed concrete structures, with particular emphasis on shear critical structures subjected to monotonic, cyclic and dynamic loads. Before joining the University of Washington as a faculty member in September 2015, he was a post-doctoral researcher at the University at Buffalo (SUNY), working on the protection of non-structural elements and structural systems by means of base isolation.

His current research studies include development of mechanical models to estimate the residual strength of RC and PC bridge structures relying on observable crack patterns, to allow direct comparisons between residual capacity and potential demands. His prior work has focused on large-scale testing of shear critical RC structures and on development of non-linear models, simplified assessment tools and design guidelines. Over the past five years, he has been actively involved in the testing of more than 70 large scale structural elements such as beams, panels, walls, transfer girders and coupling beams.

He designed and is currently supervising the construction of the UW Panel Element Tester, an advanced apparatus comprising thirty seven, 60-kip hydraulic actuators that can apply arbitrary combinations of in-plane stresses to thin membrane specimens. This tester is the first of its kind to be available on the west coast of the US and it is unique among similar testers for its flexibility in terms of stress states that it can generate.

He is a registered Professional Engineer in Italy and has been involved in several international research and consulting projects in Europe, Canada and USA. He is affiliated to the EUCENTRE where he holds a researcher position and he is a member of the UT-SIM, a universal simulation framework integrating diverse numerical substructures and experimental specimens. Most recently, he was a member of the EERI Reconnaissance Team for the Central Italy earthquake of August 24, 2016.

Paolo's research focuses on the reduction of the risk of structural systems, considering all aspects of hazard, vulnerability and exposure with particular focus on understanding the response of existing structures. In this general framework, his specific current research areas of interest are:

Towards a Simplified Method of Predicting Floor Spectra in Base Isolated Structures (2016). Graduate Student: Giulia Scagliotti

Development of Tools and Procedures for the Monitoring and Assessment of Reinforced Concrete Bridges (2017 – ongoing). Postdoctoral Fellow: Alexander Kagermanov

Congratulations to the following three UW CEE faculty members who were promoted in September in recognition of their hard work and achievements: Associate Professors Paolo Calvi, Richard Wiebe and Mari Winkler.

Assistant professor Paolo Calvi is the recipient of an IABSE 2020 Outstanding Paper Award.

To better assess the structural integrity of reinforced concrete buildings in the aftermath of earthquakes, UW CEE researchers are working to advance newer data collection and analysis methods.