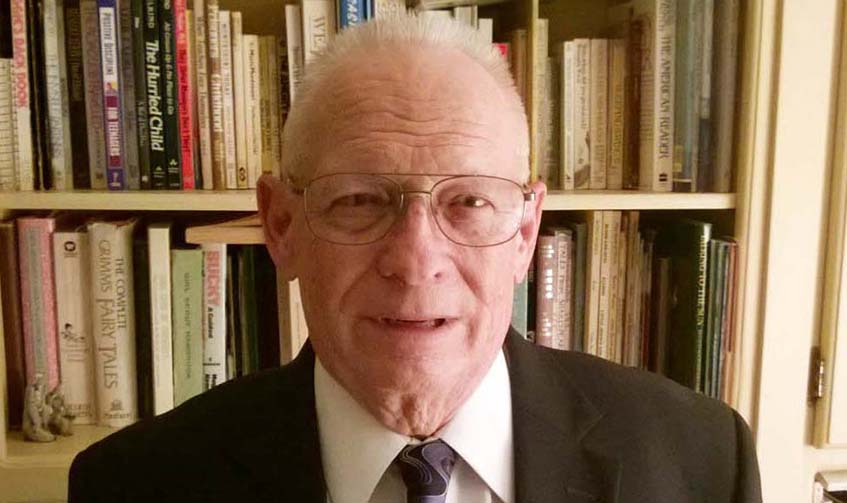 Alumnus Al Potvin, MSCE ’66, Ph.D. ’68, is a civil engineer, not a magician. But he does have a trick up his sleeve. He exponentially multiplied five years’ worth of modest annual donations, which enabled him to establish an endowment to honor the person he credits with steering him toward his career path.

“I think it’s the same story for a lot of us. He must have seen something in me that said ‘Let me see if I can give this guy some responsibility and see how he does,’” Potvin said about his Ph.D. adviser, the late Billy Hartz. “That turned into something I did for the rest of my career.”

Potvin established the Billy Hartz Endowed Student Support Fund in 2011, shortly before Hartz passed away. To do so, he turned his annual IRA required minimum distribution into a charitable rollover, took advantage of his former employer’s generous 3:1 matching program and utilized the UW Endowment Matching Program (see sidebar for more specifics). While Potvin is contributing the majority of funding for the endowment, other alumni have generously contributed and fundraising is ongoing.

Potvin’s goal is for the endowment to reach $250,000, the minimum funding required for a graduate fellowship, by 2021 to mark the 10-year anniversary of Hartz’s death. Endowed gifts, which are invested and continue to grow over time, generate a steady source of income for specified purposes. In this case, Potvin intends for the endowment to support a graduate fellowship for students studying computer structural analysis and finite elements in structural engineering.

During Potvin’s graduate studies, the field of computer structural analysis and finite element analysis was just beginning to emerge on the West Coast. Hartz acquired one of the first finite-element computer programs, called the ELAS program, from the Jet Propulsion Laboratory in California. Looking for someone with a knack for computer programs to learn how to operate it, Hartz asked Potvin to oversee installing, maintaining and updating the software.

Potvin not only learned how to use the ELAS program, he later enjoyed a 35-year career as one of ExxonMobil’s lead experts in finite-element analysis and software engineering. Shortly after joining ExxonMobil, Potvin was the first to use finite element techniques to analyze the large tubular connections that comprised the framework of the giant offshore platforms constructed for the oil discoveries in the Santa Barbara channel. As the potential for the software spread throughout the company, Potvin’s expertise was increasingly called upon. He eventually oversaw the maintenance, development and acquisition of similar software to be employed on a wide range of company problems.

Prior to his retirement from ExxonMobil in 2003, Potvin began taking advantage of the company’s 3:1 matching program to support the CEE discretionary fund and Engineering Dean’s Fund for Excellence. Seeing first-hand the benefits of matching programs, Potvin was inspired to leverage his annual gift on an even larger scale. This ultimately led to the formation of the endowment.

“My philosophy in life is that no one achieves something all by themselves,” Potvin said. “There is a responsibility for all of us to give back.”

To mark the 10-year anniversary of Hartz’s death, Potvin’s goal is to grow the fund to $250,000 by 2021. While Potvin is contributing the majority of the funding through annual donations and matching programs, other alumni have generously contributed to the endowment and fundraising is ongoing. If you are interested in supporting the endowment, please contact Janeka Rector at 206-543-8779.

Learn to Leverage Your Gift

​Potvin hopes to encourage other potential donors to explore ways to leverage their gifts. The following is a summary of how Potvin is leveraging annual donations to fund an endowment:

• Turn IRA Required Minimum Distributions Into Tax-Free Charitable Rollovers
Starting at age 70 ½, individuals must start withdrawing an annual required minimum disbursement from their IRA. Taxes must be paid on the withdrawal, unless the money is directed toward a qualified charity. By directing $5,000 of his annual required minimum distribution to the endowment, Potvin is able to avoid paying taxes on the withdrawal.
• Apply Employer Matching Gift Programs
Many employers offer educational matching grants. Potvin’s former employer, ExxonMobil, offers a 3:1 matching program. The $5,000 that Potvin withdraws from his IRA and directs to the endowment is therefore matched by $15,000 from ExxonMobil. This brings his annual gift to $20,000 per year.
• Utilize Other Matching Opportunities
Potvin leveraged the UW Endowment Matching Program, which offered 50% matching for all gifts of $100,000 or more. By committing $20,000 per year for five years to the already existing endowment, Potvin’s additional $100,000 was matched with $50,000, bringing the total to $150,000.