“The competition is getting tougher, but it's also more exciting that way.” 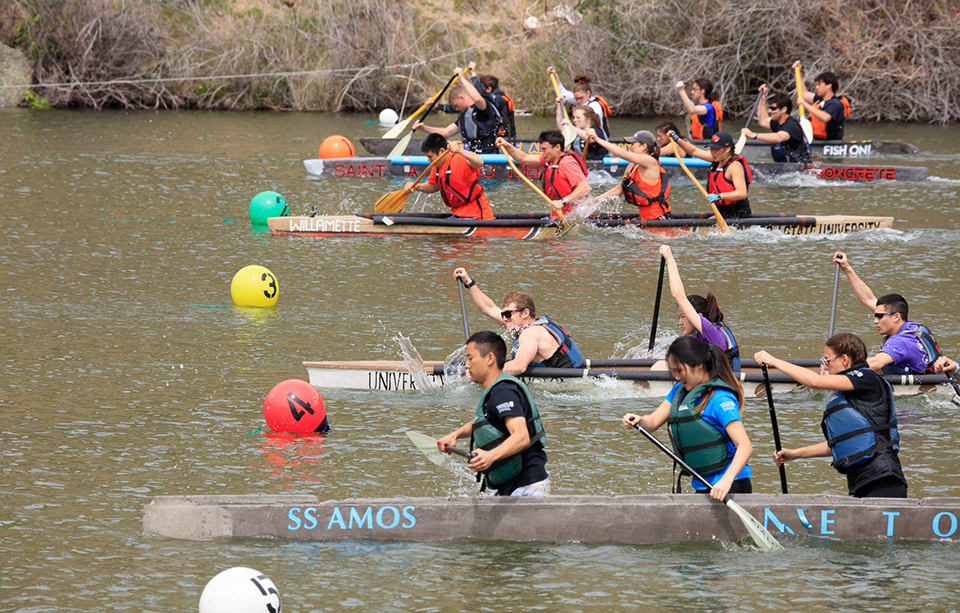 The starting line of the co-ed race, where the UW CEE team competed against four other teams in the sprint finals.

The UW CEE Concrete Canoe Team is all a buzz. And it’s not because their theme this year is coffee. The team claimed first place at the ASCE Regional Concrete Canoe Competition in Boise, Idaho, on April 22-23. The team’s fifth consecutive year winning regionals, they will once again compete in the upcoming national competition.

The team competed against 14 other schools in the Pacific Northwest Region, which includes Alaska, Washington, Oregon, Montana and British Columbia. Teams are evaluated on four components: a presentation detailing the design and construction of the canoe, a technical paper, the final product and various races.

“The competition is getting tougher, but it's also more exciting that way,” said the team’s faculty adviser, Peter Mackenzie-Helnwein.

Comprised of about 50 students, the team started designing the canoe at the start of the academic year. Due to new competition rules this year that stipulate that 25 percent of the aggregate source could not be manufactured glass microspheres, the team completely reformulated their concrete mix. They used a new lightweight aggregate, called Stalite, obtained from a local contractor who used it on a segment of Interestate-90. Not satisfied with the first canoe built with the new concrete mix, the team ended up crafting a second canoe. The second time around, they used a different material to reinforce the concrete and also implemented new construction methods.

“With the hard work and dedication of this year's team, we ended up being able to make an even better final product than our initial one,” said Marissa Gelms, who serves as co-captain together with Iris Kwong.

This was the second year the team post-tensioned the canoe to avoid any possible cracking. Based on the strengths of past years’ canoes, the hull was designed to incorporate both straight-line speed and maneuverability.

This year, the team settled on a very Seattle theme: coffee. Named “Vivace,” the brown and white canoe features coffee bean designs on the exterior and latte art on the inside. The coffee theme idea grew from the importance and growth of coffee in the city, said Gelms.

The team is now busy preparing for the National Concrete Canoe Competition in Golden, Colo, where they will represent the Pacific Northwest and compete against 18 schools from across the nation June 17-19.

The Concrete Canoe Team must raise $10,000 to fund their participation in the national competition. Check out their USEED fundraising campaign. 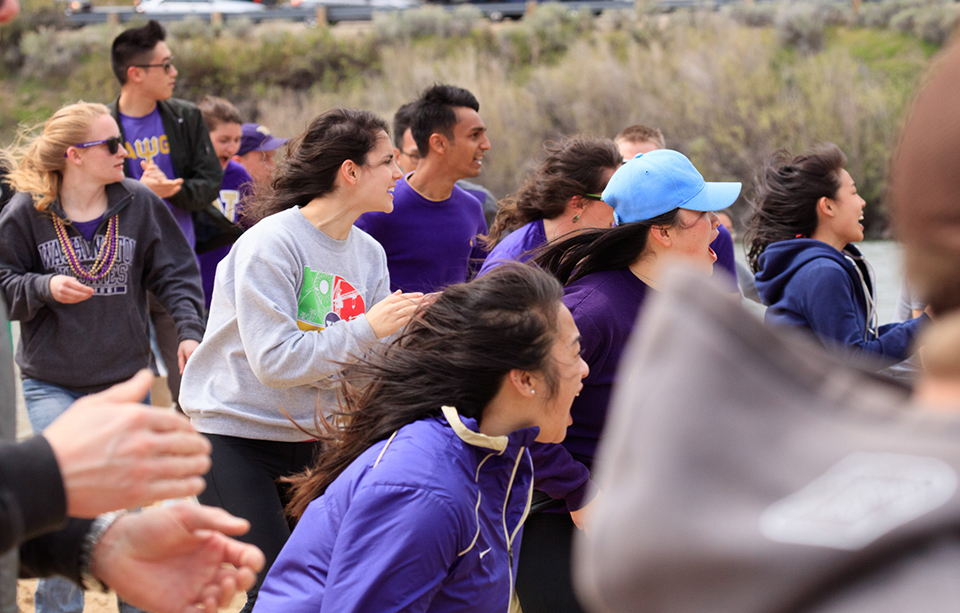 Team members cheer on their classmates during the races. 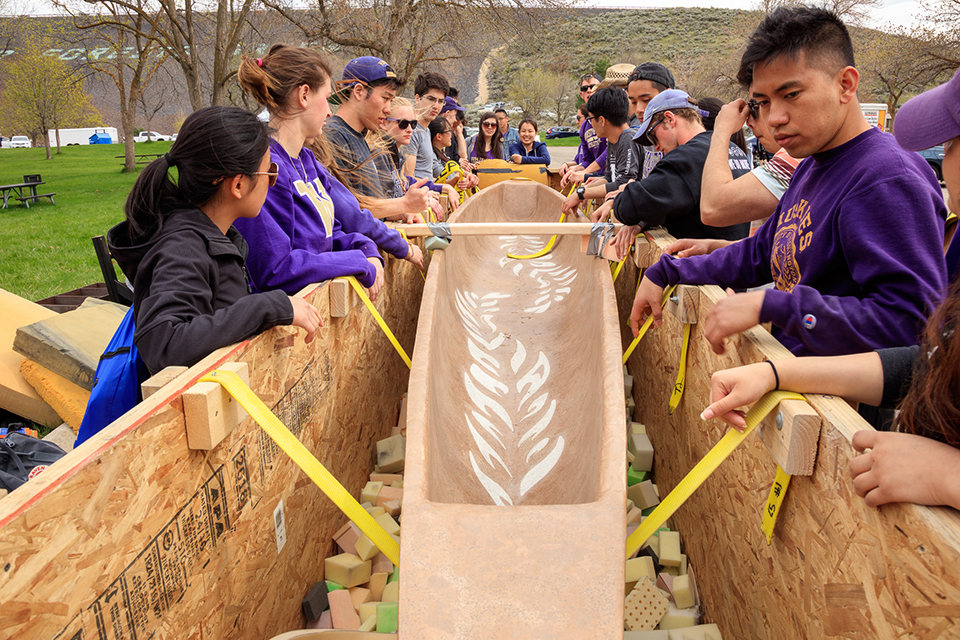 After the races are finished, team members carefully load the canoe, which features latte art inlays, into the crate.