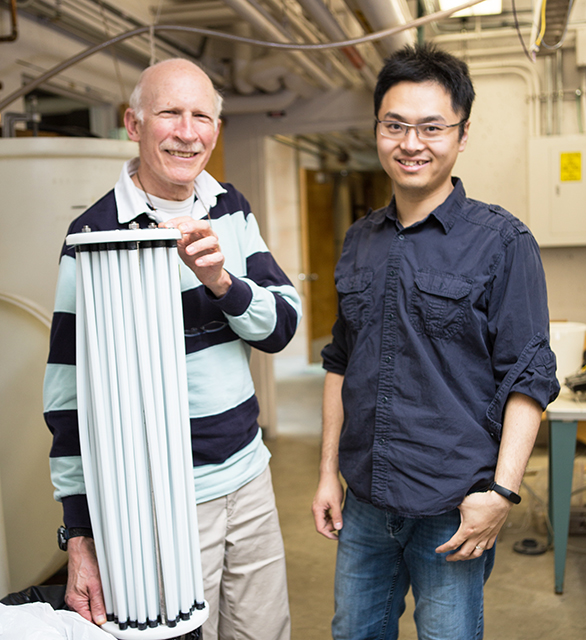 The goal of a new CEE-based start-up is clear, quite literally: clean water. Founded by CEE emeritus professor Mark Benjamin and alumnus Nathan Cai (Ph.D. ’11), MicroHAOPS began operations in January 2016. The company is developing technology to significantly increase the rate at which water purification processes produce clean drinking water, which has the potential to address the current and future water crisis around the world.

The emerging water crisis is the result of several factors, including climate change, urbanization and pollution of available water sources. Half of the world’s population will be living in water-stressed areas by 2025, according to the World Health Organization.

“As the water crisis becomes more and more real to people’s daily lives, there is a huge demand for better use of water,” said Cai, who recently relocated to Seattle to work for the start-up.

The state-of-the-art process for treating drinking water is to push water through membranes that allow water flow but filter out contaminants such as bacteria, viruses, pathogens and salt. However, the membranes suffer from frequent clogging by Natural Organic Matter (NOM), a substance that originates when decaying plants are washed into the water source. Filtering out the NOM is essential, as it reacts with the chlorine added to drinking water and produces chloroform and other carcinogenic byproducts.

“Membranes are one of the best technologies for cleaning water, but they invariably encounter limitations,” Benjamin said.

When membranes become clogged, some water treatment facilities continue driving the water through the filter using more energy. Other facilities operate at a slower rate, which simply delays the problem. Membranes treating freshwater are typically cleaned at least hourly, leading to deterioration of both the membranes, which are costly to replace, and ancillary equipment.

“Most U.S. plants are operating well below their designed capacity,” Cai said. “Our technology is a pretreatment technology for the membrane and is very effective.” 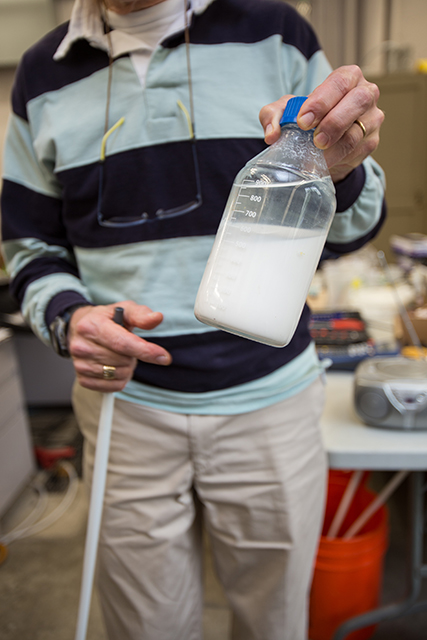 Emeritus professor Mark Benjamin holds a bottle that contains patented particles, which are deposited in mesh tubes to remove contaminants from water without clogging membranes.

The technology developed by MicroHAOPS collects the contaminants, called “foulants,” just before they accumulate on the membrane surface. The researchers developed an innovative process that heats aluminum oxide particles, causing them to retain their original shape even when pressurized. A thin micron-scale layer of particles is deposited on a porous support surface. When water passes through the particles, they absorb the foulants, preventing them from forming a gel-like film that clogs the membrane.

In preliminary tests, the new technology allowed water treatment membranes to operate at full capacity for up to one month with only a few cleanings. An additional benefit is that the particles are inexpensive to produce.

“The heating step is what makes our technology new,” Benjamin said. “We envision implementing it in places that already have membranes installed.”

The researchers are currently working on a large-scale test of the technology. The start-up has received funding from two National Science Foundation grants: a Small Business Technology Transfer Research grant and an Accelerating Innovation Research Technology Translation grant. In addition to applying for grant renewals, the team is in the process of talking to investors and water treatment organizations. Targeting both drinking water and wastewater treatment plants, the founders anticipate working globally with early adopters.

“We’ve gotten a lot of momentum and are moving faster than expected,” Cai said.

The start-up builds on research Benjamin has been conducting since the early 1990s. While working on an approach to prevent NOM from plugging up membranes, graduate student Yujung Chang (Ph.D. ‘96) developed a process for removing NOM from water. The UW patented the process while Benjamin and his students continued to advance it. The current technology is based on research that Cai conducted during his graduate studies.

While both Benjamin and Cai never initially dreamed of starting a company, both have had a persistent desire to see their research applied in the real-world.

“This will really address some pain points in the field,” Cai said. “I am confident we will bring something new to the industry.” 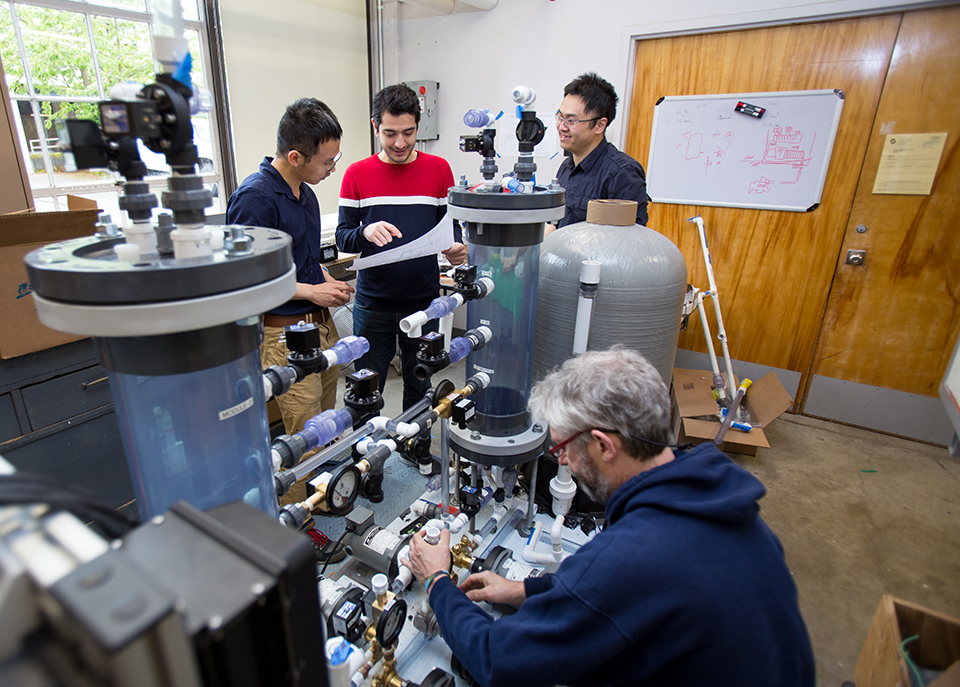