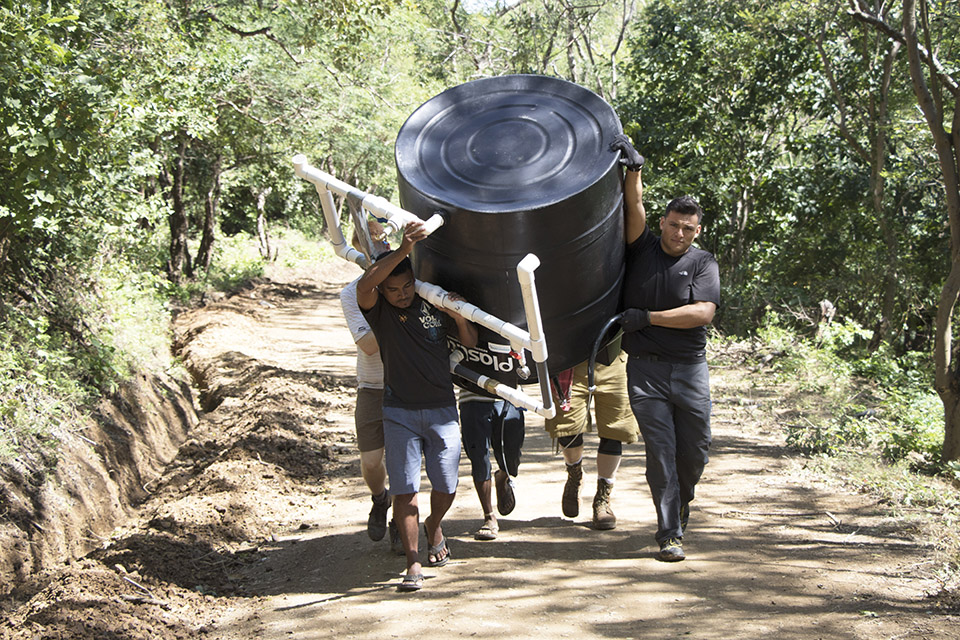 Forty people living in a small Nicaraguan village now know the luxury of running water. For the first time, their households are connected to the village’s main water system, thanks to the work of students involved in the UW Chapter of Engineers Without Borders (EWB).

A handful of EWB members visited the small village, called Tortuga, for the third time in December 2017. The visit included CEE juniors Jared McMeen and MaKenzie Fockler, who serves as the project lead.

During the weeklong visit, the students connected eight houses, home to about 40 people, to the main water system, in addition to completing prep work for future projects. 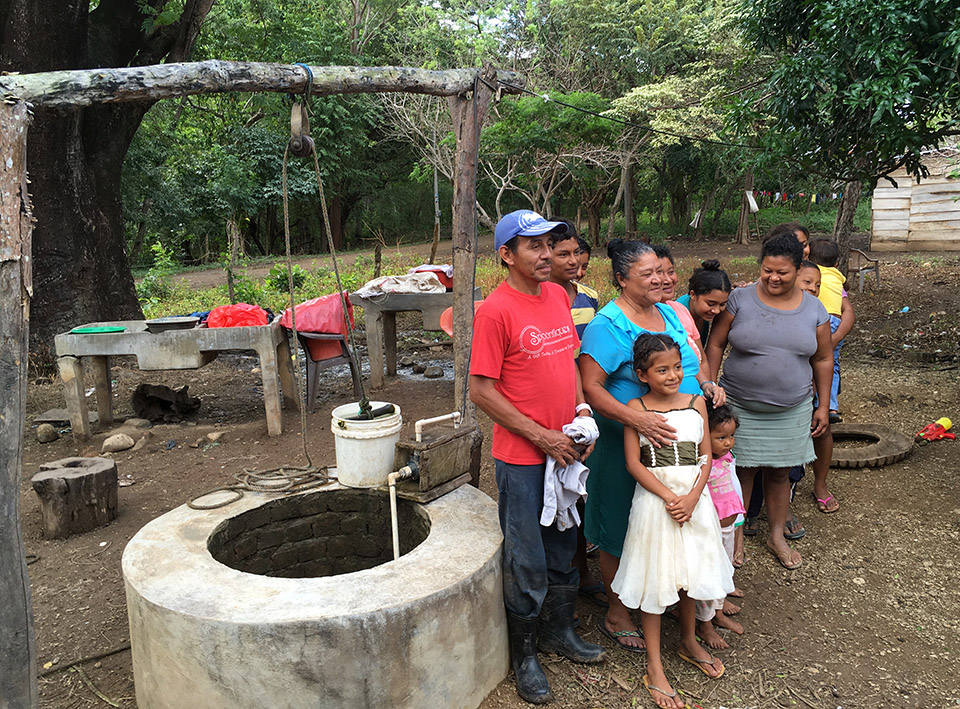 Beneficiaries of the western expansion project stand next to their old well.

“When we interviewed the beneficiaries of the expansion, they talked about how meaningful this partnership was to them and how grateful they were to receive water,” Fockler said.

Residents of the eight households, located in the western region of the village, previously collected water from a well, which likely contained high levels of bacteria. As a large hill divides the western region from the main village, connecting the households to the main water system required the students to use their problem-solving skills.

Leading up to the trip, the larger team of 15 students completed designs and planning on campus, including fluid mechanics calculations that indicated they needed to install a water tank at the top of the hill in order to provide adequate water pressure to households.

“One of the most memorable parts of the trip was the moment we placed the water tank and clamped its cables into place. That was the last task we needed to finish while we were there, and successful completion is always a great feeling,” said McMeen, who visited the village for the first time. 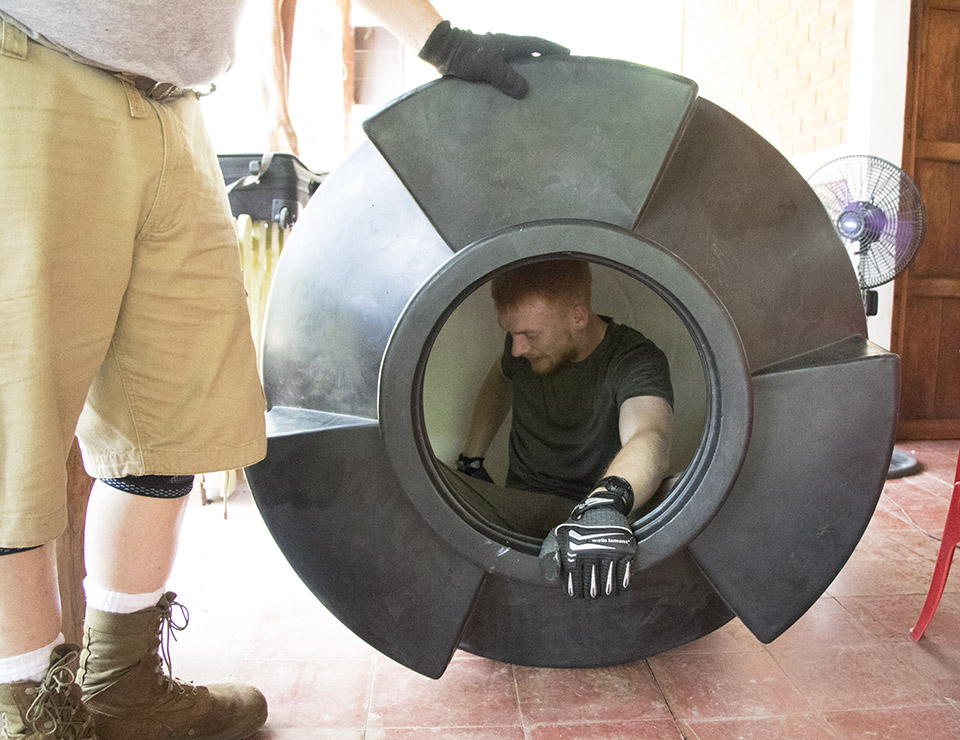 CEE student Jared McMeen works on installing a float switch from inside the water tank. 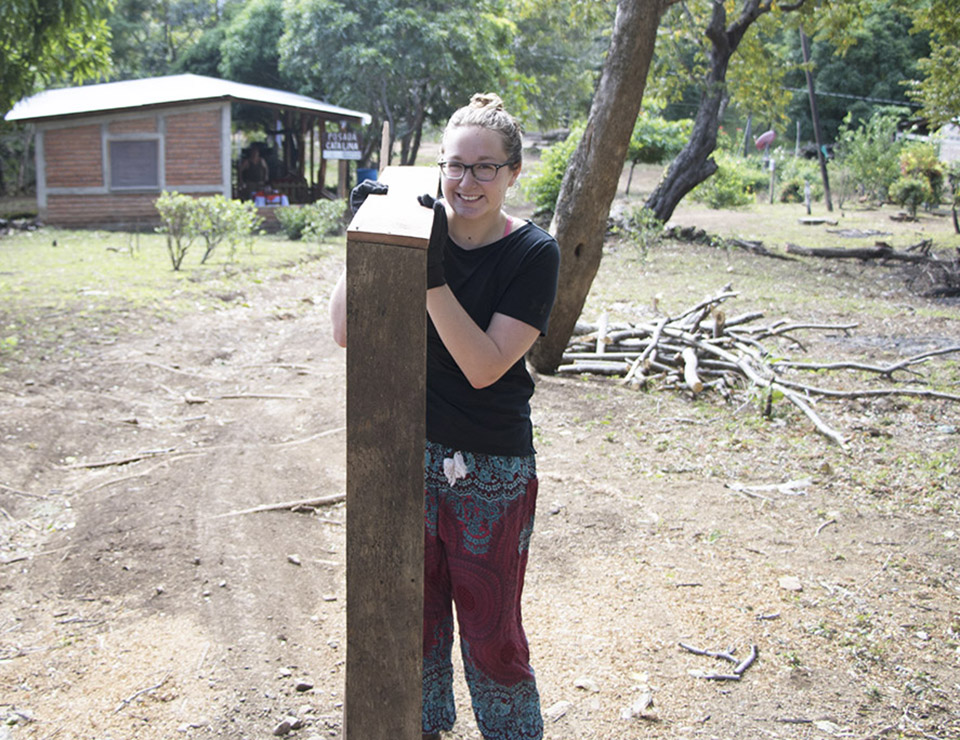 Routing water pipes from the main water system to the new tank entailed a number of associated projects. Since the pipes running from the main line to the western region cross a road, the students designed a special road crossing, encasing the pipes in metal and digging a deeper trench underneath the road to protect the pipe from vehicles. The students also poured a concrete pad to provide a foundation for the 1,100-liter water tank. 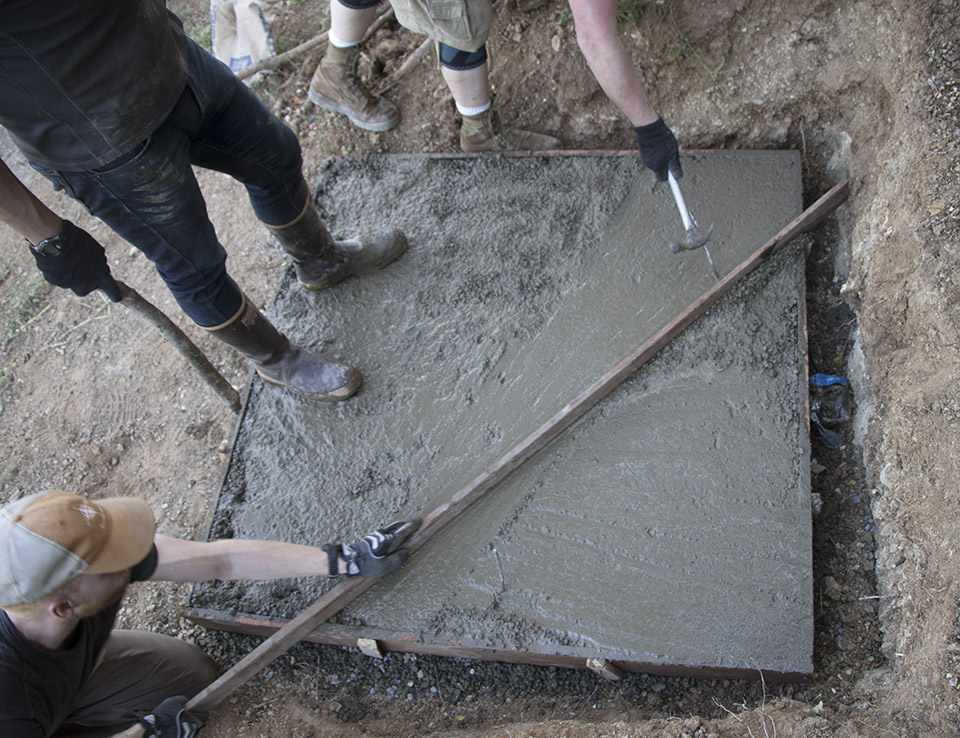 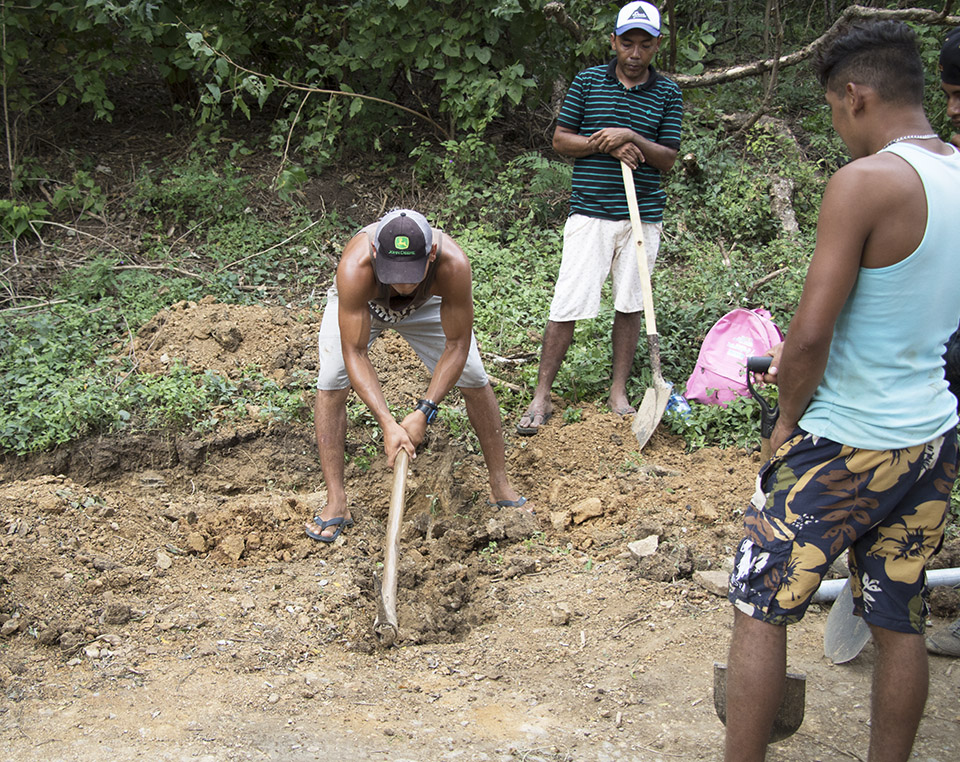 Many community members work on the road crossing with the EWB team using pickaxes and shovels. The ground is dense, so progress is slow-moving and grueling in the heat.

The EWB team members relied on the local volunteer-run water and sanitation committee, the Comité de Agua Potable y Saneamiento, to assist with project implementation. The project brought
out many community members, including the local mayor, who helped dig trenches for the water pipes.

“Watching him talk and joke with the others was a powerful illustration of humility in public service and the value of community,” McMeen said. “This hit home for me as a future civil engineer. Civil infrastructure is often a public good, and should always aim to strengthen communities and bring them closer together.”

The students performed maintenance and enhancements to existing water-related infrastructure in the village, including installing an automatic shut-off switch for one of the main water tanks that serves the entire community. Prior to utilizing a shut-off switch, a woman who lived near the pump was tasked with turning on the pump when the tank was empty.

While on-site, the students took measurements and completed prep work for upcoming projects, including the upcoming installation of a solar-powered pump at a well in the northeast region, which will distribute water to three homes. In partnership with San Juan del Sur chapter of Rotary, the students are working with a local village contractor who will complete the project this spring.

When the students return next, in December 2018, they plan to install 4-5 composting toilets. In preparation, they held a community meeting during their visit and traveled to areas of interest in the community to discuss initial design plans. The composting toilets will replace pit latrines, many of which are located uphill and drain into wells. 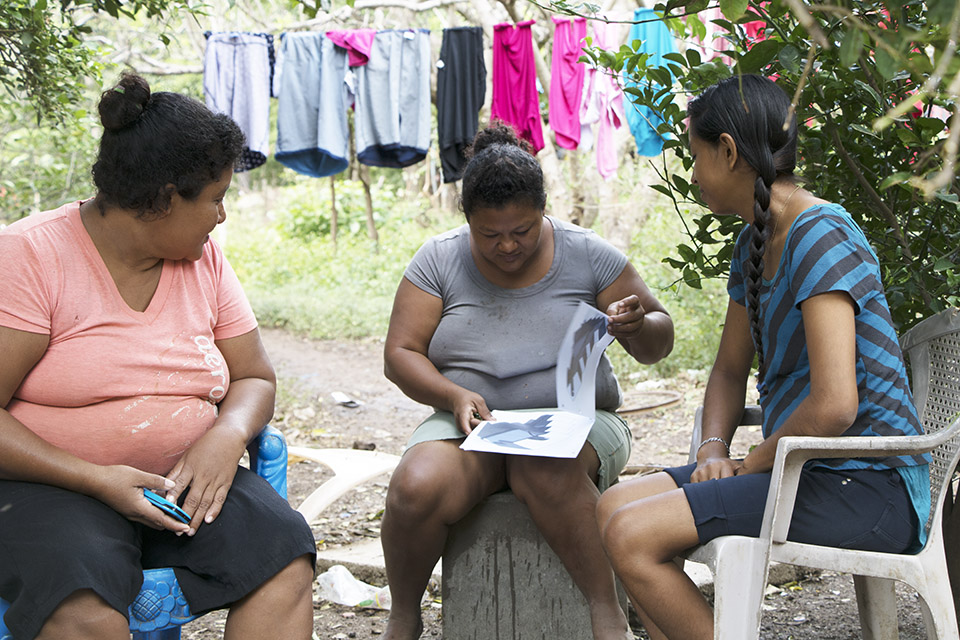 Women in the western region look at preliminary designs for composting toilets and give feedback. Their review is taken into consideration during the current design process in the U.S.

“Pumping septic tanks is expensive, so the western region said they would prefer composting toilets,” Fockler said. “Composting toilets are sealed, preventing leachate from getting into the groundwater, and turn waste into compost that can safely be used on plants.”

Committed to partnering with the village through 2021, the students have a number of future projects they plan to complete, including bringing electricity to the southern region and connecting the remaining 10 households to water. Until next time!

Learn about the EWB student’s previous visit to Tortuga in December 2016, when they coordinated logistics, took measurements and became familiar with the community.