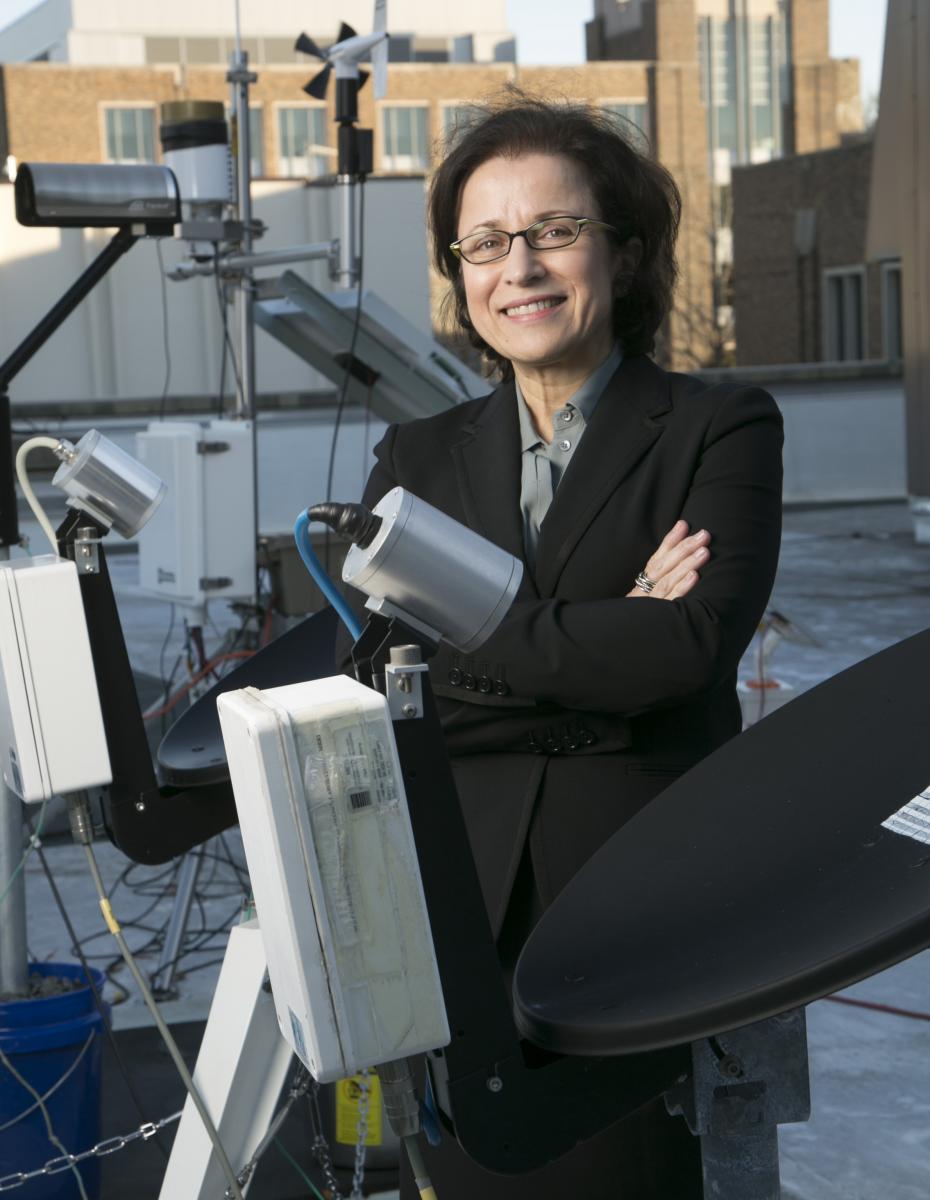 Ana Barros (Ph.D. ‘93) spends much of her time working to predict extreme events. But there is one that she didn’t foresee coming—being elected to the National Academy of Engineering (NAE).

“It was a big big surprise for me, and I feel humbled and deeply honored by this recognition,” said Barros, who is the the Edmund T. Pratt Jr. School Professor of Civil and Environmental Engineering at Duke University.

Advised by professor emeritus Dennis Lettenmaier during her graduate studies at UW, Barros was one of 86 new members elected to the NAE. One of the highest engineering honors, new members are elected for distinguishing themselves in their field and advancing projects that use engineering and technology to enhance the quality of life.

The sensors, used together with computer simulations and models, have led to improved weather forecasting methods. In 2014, Barros even used the sensor system to help calibrate a new NASA weather satellite.

Barros joined Duke Engineering faculty in 2004. She previously served on the faculty at the University of Porto, Penn State University and Harvard University.