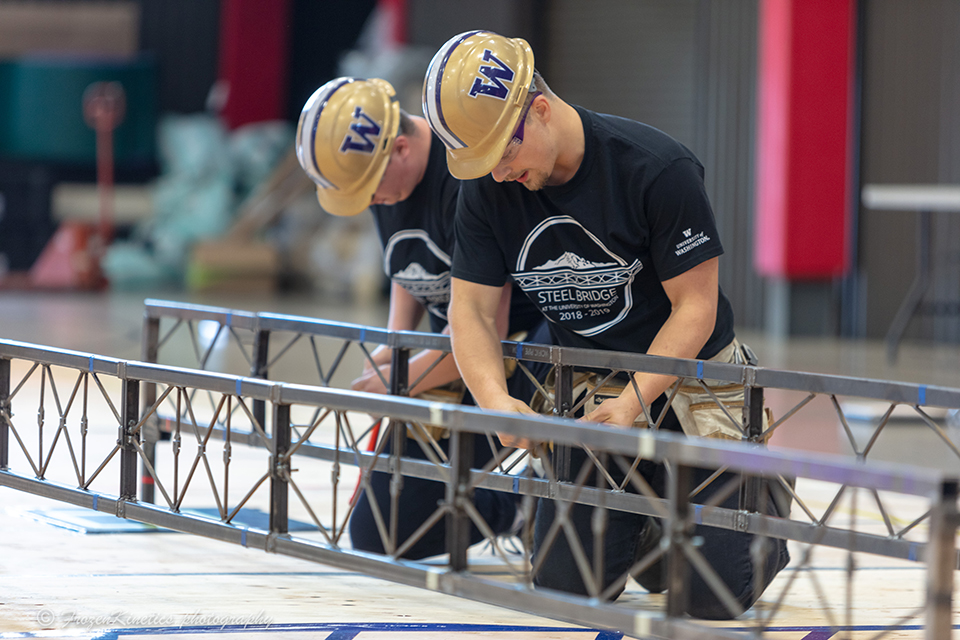 UW Steel Bridge Team members assemble their bridge, although not officially competing due to a broken weld.

If there was an award for engineering integrity, the 2019 UW Steel Bridge Team would have taken first place.

On the morning of the 2019 Pacific Northwest ASCE and AISC Student Conference on April 12, shortly before the regional Student Steel Bridge Competition, the UW team discovered that their bridge had a broken weld.

“The most outstanding part of their performance is that they self-reported the weld crack prior to the competition, with the knowledge that it would disqualify them,” said faculty adviser Richard Wiebe. “With this commendable act they provided an outstanding example of engineering integrity for all of us.” 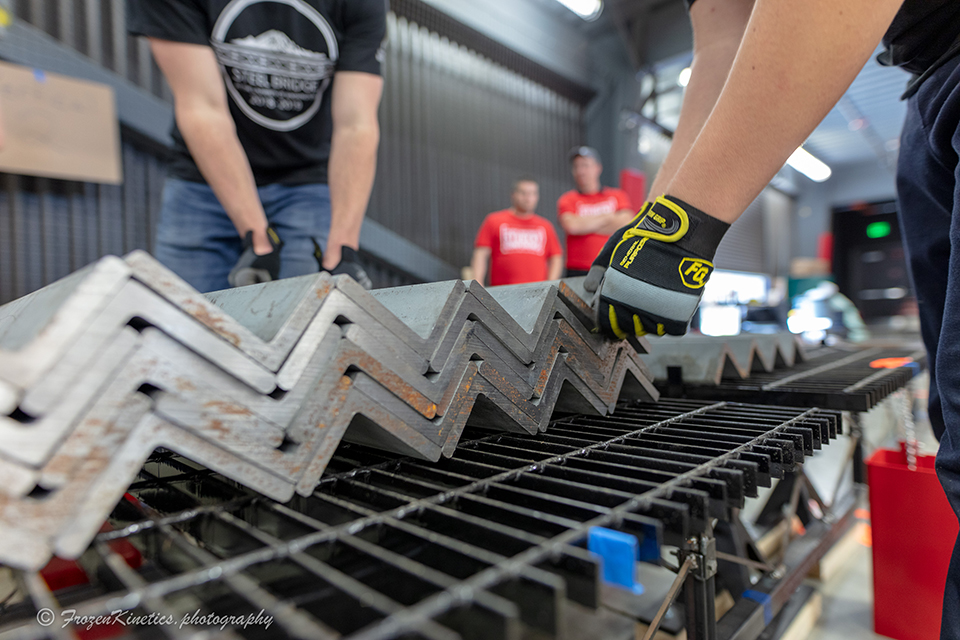 Testing the strength of the bridge. 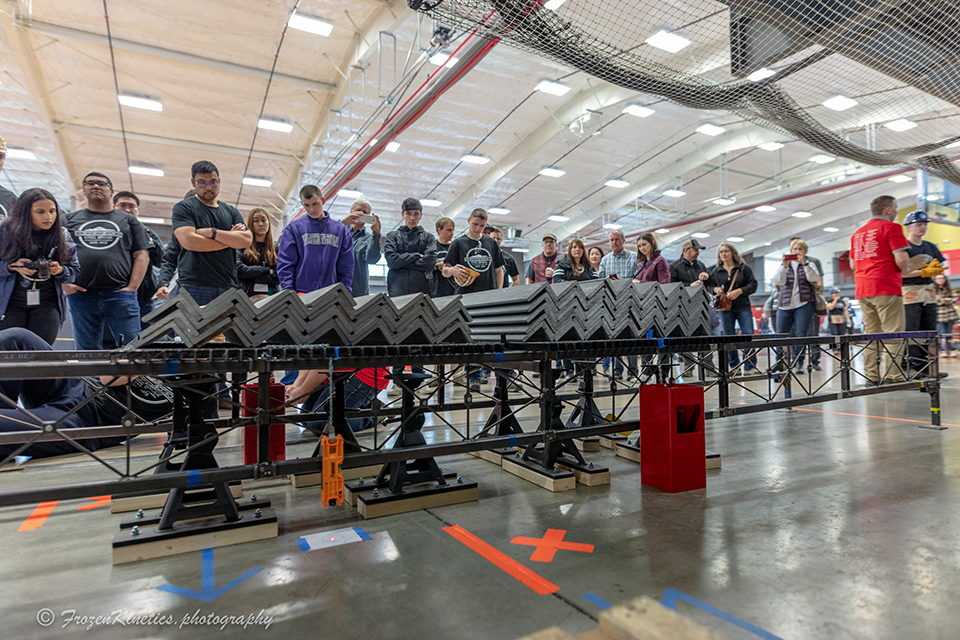 A crowd gathers as the bridge is tested.

Although disqualified from placing in the event, as the weld crack was against the formal rules, the team still participated in assembling their bridge along with 12 other teams, which took them 10 minutes and 33 seconds. Since the weld crack was not in a critical location, the team was also allowed to test the strength of their bridge. Weighing 204.8 lbs, the bridge deflected only 2 inches with a load of 2,500 pounds.

“This resulted in a score that would have placed them second overall! This is something they can be very proud of, and is a great reward for their many months of hard work in the planning, design and fabrication of the bridge,” Wiebe said.