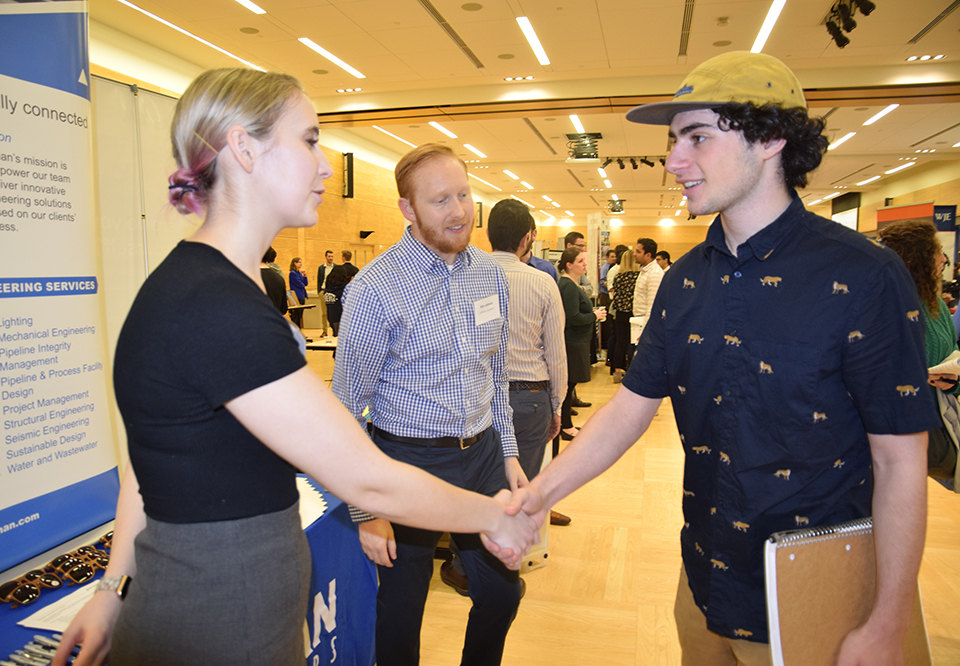 Representatives from more than 92 companies were on hand to discuss career opportunities and internships with both CEE undergraduate and graduate students. Employer participation increased from the previous year by 15%. Several employers, many of which were new this year, were from outside the Seattle area. 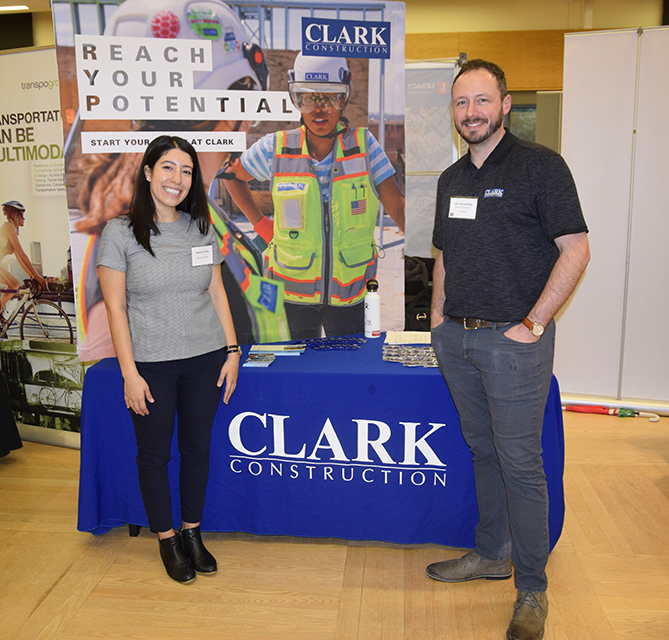 Industry representatives, many of whom are CEE alumni, enjoyed a post-fair reception with the department chair and other faculty. Thank you to the many companies and organizations that continue to participate and support the CEE Career Fair.

The following companies attended in 2020 and have participated in more than half of all CEE career fairs since 2007:

The following companies attended in 2020 and have had near-perfect attendance since their first year: