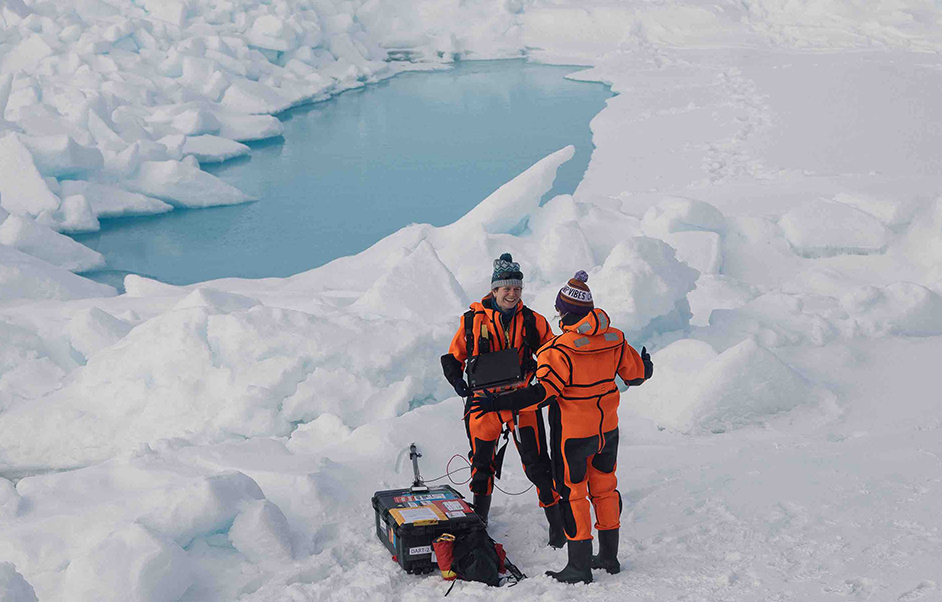 “After over 6 weeks since leaving Seattle, we’ve finally arrived back at the sea ice area of the 'MOSAiC observatory', where measurements have been made nearly continuously since last October. We’re quickly getting back into the swing of doing science - since the sun rose over the horizon in March, radiation from the sun has been affecting the snow and ice surfaces. In just the last few weeks, snow has begun to melt into ponds on the surface. These melt ponds increase how much of the sun’s energy is absorbed into the sea ice and underlying ocean, and accelerate ice melt. The processes of this summer melt are what I am here to understand. I couldn’t be more excited for summer in the central Arctic Ocean!”

Smith is part of the sea ice team that is studying how sunlight is reflected, transmitted and absorbed by the melting ice cover. With ice becoming thinner, the researchers speculate that sunlight is a substantial contributor to the warming of the ocean. Smith will be working aboard the Polarstern for about 2.5 months; she anticipates returning home in early September after being away for more than four months.