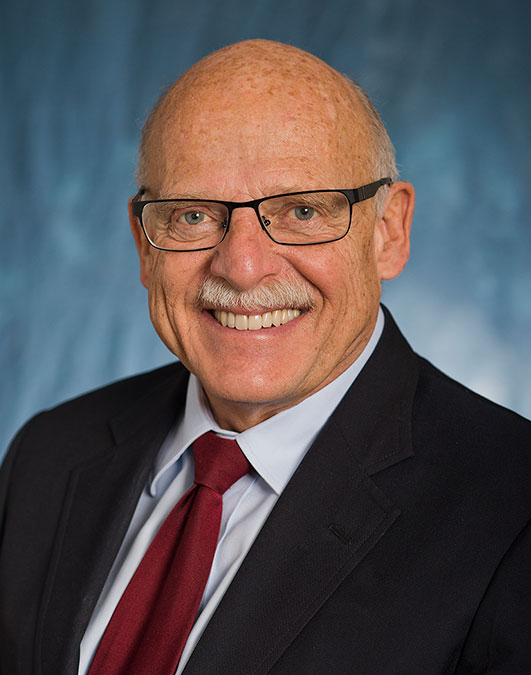 With a lifelong passion for returning clean water to the environment through natural biological processes, Professor Emeritus David Stensel was truly a fount of knowledge. Over the years, he made notable research advancements, authored a textbook and was recognized with numerous awards.

“Dave was a generous colleague who freely shared his knowledge and skills, never holding back,” says Research Professor Emeritus Stuart Strand. “He was a fine mentor as evidenced by the success of his students in academia and many other doctorate and master’s students who have gone on to success in wastewater and remediation engineering.”

Stensel passed away in March 2021 at the age of 76. He received his Ph.D. in environmental engineering from Cornell University and joined UW CEE in 1984 after teaching at the University of Utah for four years and working in industry for a decade. He retired in 2016 after 32 years of teaching and conducting research with the department.

As a colleague, Stensel was known as a good friend and research collaborator. He shared grants and lab space with numerous faculty over the years, in addition to sharing his knowledge and expertise.

“I frequently asked Dave to explain how some treatment process actually operated as opposed to the way it was described in textbooks, and he was invariably able to enlighten me,” says Professor Emeritus Mark Benjamin. “He did so not just willingly and thoughtfully, but with palpable excitement that came from a place of true love for his profession.”

Stensel is most well-known for his work to advance biological nutrient removal processes, which entails using microorganisms to break down organic substances in wastewater without the use of chemicals. Stensel focused on phosphorus recovery as well as the biodegradation of estrogen compounds in wastewater treatment. He worked closely with students designing and executing experiments that often led to breakthroughs.

“That was just like Dave, always reaching out to understand new techniques, to apply them to advance the scientific basis and the cutting edge of environmental engineering,” says Strand.

After retirement, Stensel remained involved in research and led a project to develop an innovative new wastewater treatment system with the goal of improving surface water quality at a lower cost than other options, while also saving space and energy. As part of the research, a pilot study was conducted at Seattle’s West Point Treatment Plant. During retirement, Stensel was also in demand as a water treatment consultant throughout the country.

Stensel is the co-author of a textbook on wastewater engineering that is widely used in the classroom and by practicing engineers. Titled “Wastewater Treatment Engineering,” the fifth edition was published in 2014. Stensel stood out for having expertise that spanned the latest tools and theories to long-established fundamentals, say colleagues.

“As a result, he was constantly in great demand to contribute chapters to textbooks, serve on advisory committees with practitioners, and collaborate on research projects with colleagues from other institutions,” says Benjamin.

One of his greatest honors was receiving the Water Environment Federation’s 2019 Camp Applied Research Award, the highest award bestowed by the society to a researcher who helped advance the development of wastewater collection or treatment systems.