The power of pedaling

By: Brooke Fisher
Photos: Mark Stone/ University of Washington
Top image: Hauling groceries on the back of his bicycle, CEE Ph.D. student Dan McCabe heads to his first delivery stop.

A class project quickly became a passion project for civil and environmental engineering Ph.D. student Dan McCabe. A cycling enthusiast, McCabe is working to optimize the delivery of groceries from food banks to people experiencing food insecurity — by bicycle.

“I love bikes in general, so I’m able to combine that with my research interests,” says McCabe, who is president of the Husky Cycling Club. “I’ve never been so excited for a class project.”

To help streamline delivery operations for the Pedaling Relief Project (PRP), McCabe is developing technology to automate time-intensive route planning and create safer routes for volunteers on bikes, who are hauling cargo trailers or panniers stuffed with groceries.

“Overall, this represents a well-studied problem — the vehicle routing problem,” McCabe says. “Any kind of package delivery company is working at a massive scale to determine what packages go on what trucks and design their routes to minimize the total distance traveled. This is a smaller-scale version of that.”

Now in its second year, the PRP was founded during the early stages of the COVID-19 pandemic by Seattle’s Cascade Bicycle Club to expand food bank delivery options and get groceries into the hands of people and families in need. The pandemic introduced a new segment of food-insecure people in the city, after many families lost their source of income. In addition, food banks had restricted operations and some regular customers, such as those with pre-existing health issues and senior citizens, were concerned about leaving their homes.

“There was more demand than ever for home delivery, which is a good candidate for bikes — it’s challenging to find a place to park your car in a dense part of the city,” says Maxwell Burton, PRP volunteer manager. “Big rides and events were also cancelled, so there was pent-up demand from cyclists who wanted to ride and also feel like they were helping out.” 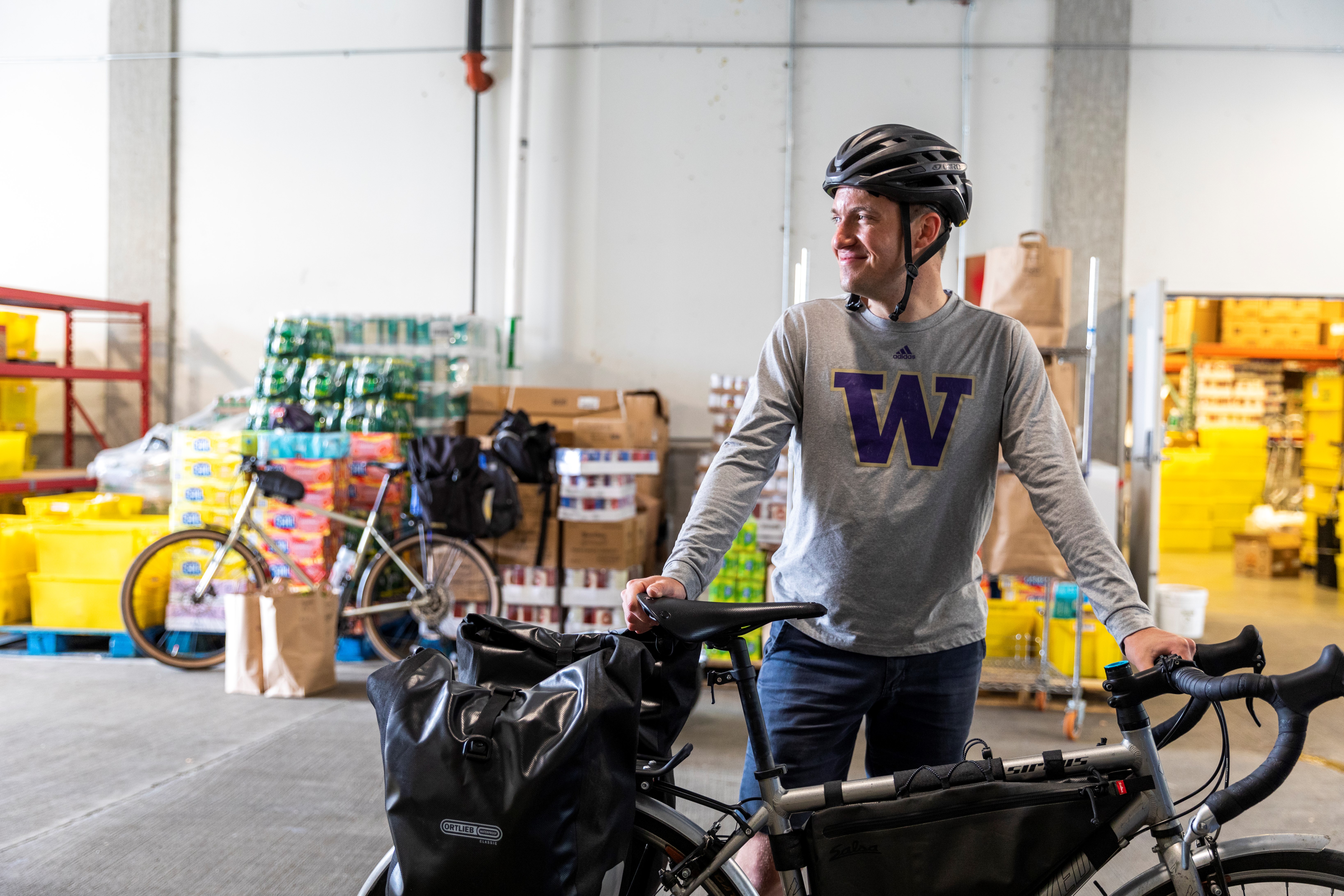 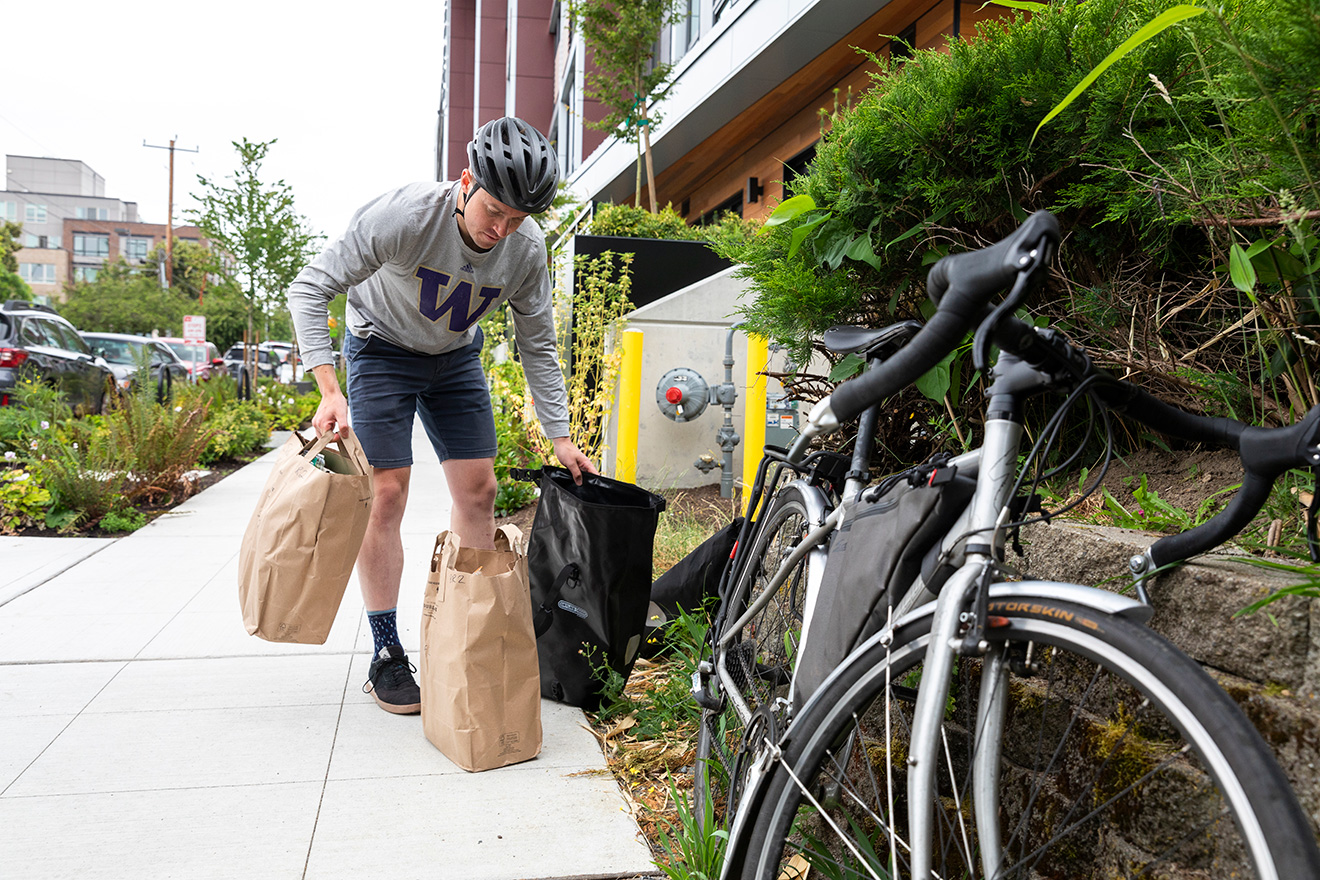 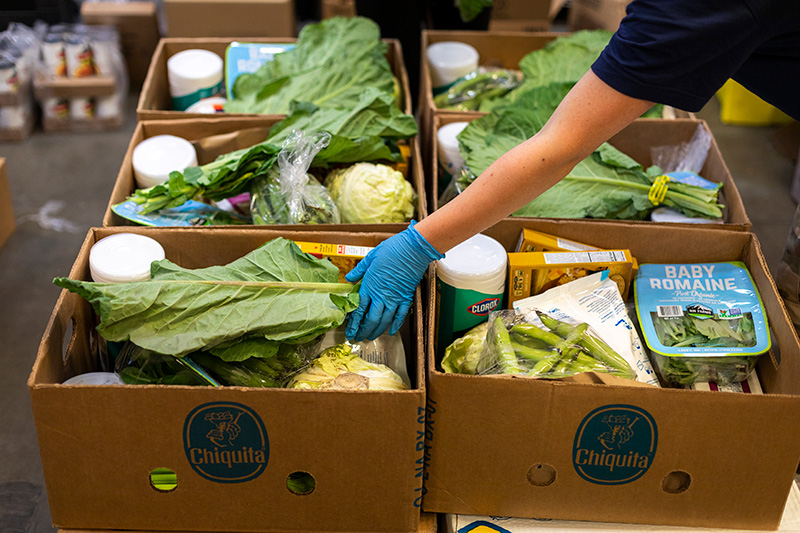 Last spring, McCabe started working on the project during a graduate-level transportation logistics course: CET 587. A first-time partnership with the Cascade Bicycle Club had been formed for the final project — to develop recommendations for improving PRP delivery operations. In the past, class projects have entailed working with a variety of nonprofits, ranging from Girl Scouts cookie distribution to Seattle Public Schools bus routes. 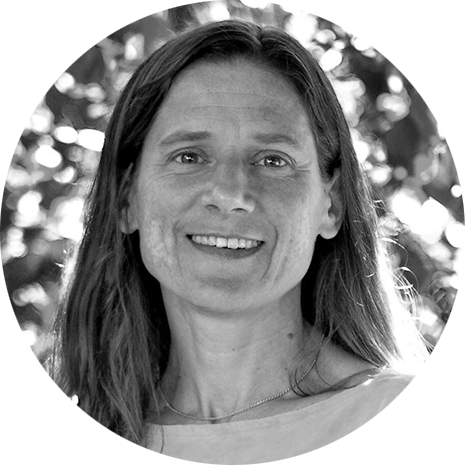 “It’s very motivating for students to have stakeholders and to see the purpose of their work. It also shows them that the applications aren’t just for for-profit companies. There is a lot of social, environmental and community support they can provide using the same tools — students are attracted by that.”

To discuss PRP operations and logistics challenges, Burton presented a guest lecture to the class. He explained how every six weeks, he manually builds new delivery routes from scratch for four food distribution locations. For the University District Food Bank alone, it takes five hours to build 24 routes. Another significant problem is that mapping programs often route bicyclists onto busy arterials and highways, such as Aurora Avenue.

“My background isn’t GIS (Geographic Information Systems) or coding. I’m a volunteer manager and haven’t had time to learn Python,” Burton explains. “So that’s where Dan is coming in, to say we can automate a lot of this stuff.”

For the class project, McCabe was eager to streamline the process for generating delivery routes, which aligns with his research interests in optimization. For his graduate dissertation, McCabe is working on planning for the future of electric bus systems.

“It’s a very time-consuming process to manually build the routes and Maxwell has too many other jobs to do already,” says McCabe.

The app that McCabe is developing groups together deliveries based on a variety of criteria, including the type of delivery — in addition to delivering groceries, volunteers also “rescue” donated food from grocery stores and restock Little Free Pantries — and whether the location is a house or apartment. The app also takes into consideration the carrying capacity of cyclists, and the time of day the delivery is expected. To keep cyclists safe, the app relies on the Open Source Routing Machine project, which utilizes as many bike paths and bike lanes as possible and avoids busy roads.

A first iteration of the app was tested during a citywide volunteer initiative called “One Seattle Day of Service” in May. About three times as many cyclists, 75 total, turned out to volunteer at the University District Food Bank, which meant that even more new routes needed to be created.

“It was helpful to have the routes generated beforehand, with QR codes to direct people to the Google Maps routes,” Burton says. “We had a lot of new volunteers and they already needed a lot of orientation on how to carry groceries on their bikes and deliver them to food bank clients.”

Next steps… or strokes

While the PRP initially formed as an emergency response effort, it has since become a permanent offering due to continued demand.

“We realized even post-pandemic, this is something that needs to stay,” Burton says. “We don’t have volunteers getting parking tickets or having to double park. A vehicle is most efficient on the highway and least efficient circling the block looking for a parking space.”

With the goal of rolling the app out for weekly PRP operations this autumn, McCabe continues to refine the technology and features, such as the ability for volunteers to customize routes and select delivery stops.

“We do bicycle deliveries for the food banks every Thursday, Friday and Saturday, rain or shine, 52 times a year, so there’s a built-in beta test,” Burton says. “Most of the volunteers who have been with me through the pandemic are more than happy to test these new systems and be part of the process.”

Since the PRP’s founding in May 2020, volunteers have collectively accomplished the following on bike:

and carried food and school supplies more than 15,752 miles

Delivered more than 169 tons of food

and personal care items to more than 14,973 people

from being emitted into the atmosphere

The role that bicycles play in the larger urban goods delivery system is a topic that researchers at the Supply Chain Transportation & Logistics (SCTL) Center’s Urban Freight Lab have been investigating as part of their ongoing work to alleviate congestion while getting goods into the hands of people in an efficient and sustainable manner.

“This project adds to our experience with cargo bikes. There are not many labs that have worked with cargo bikes and we’ve run two pilots successfully,” says Giacomo Dalla Chiara, SCTL Postdoctoral Research Associate, who co-taught the transportation logistics course.

The lab’s research has entailed conducting two separate pilot tests with cargo bikes, both of which used electric bicycles to deliver parcels from a hub to customers in downtown Seattle. The Seattle Neighborhood Delivery Hub was a collaboration with UW Star Lab and tech and delivery companies AxelHire, Brightdrop, Coaster Cycle and REEF; the second pilot was in partnership with United Parcel Service and the City of Seattle.

“It’s not realistic to replace all trucks with bikes, as not everything can be delivered by bike,” says Goodchild, who directs the SCTL. “The industry is still at a point where we are trying to figure out where to apply bikes. But where it does make sense, we want to make it as easy, enjoyable and safe as we can.” 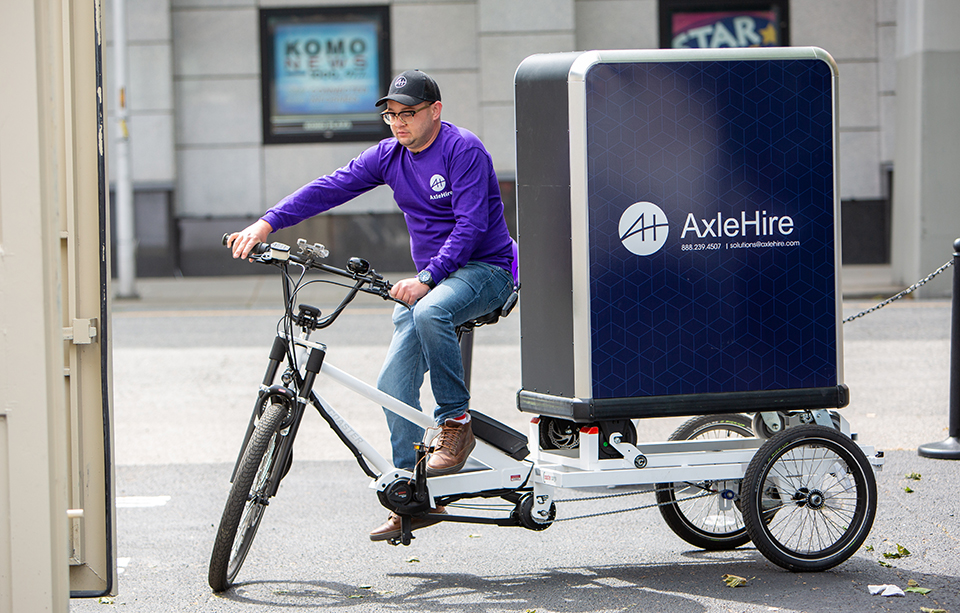 The Supply Chain Transportation & Logistics’ Urban Freight Lab has launched one of the nation’s first zero-emissions delivery pilots that focuses on the “last-mile” — when parcels are moved from a transportation hub to a final destination.