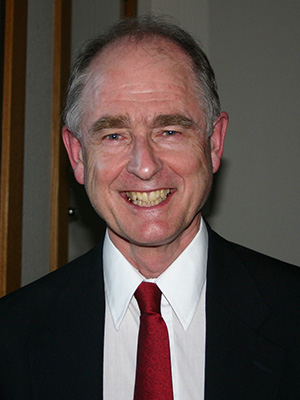 sburges@uw.edu
206-543-7135
Wilcox 164
CV
(Not accepting graduate student or post-doctoral colleagues due to retirement)

Steve Burges spent his academic career as a faculty member of the University of Washington. He joined in 1970 as an Assistant Professor of Civil Engineering, was professor from 1979 to 2010 and is now Professor emeritus of Civil and Environmental Engineering. He is a registered Professional Engineer in the State of Washington and a Professional Hydrologist in the American Institute of Hydrology. He is a Diplomate, Water Resources Engineer, American Academy of Water Resources Engineers. His principal professional interests are in the practice of civil engineering in an ecosystem context. His main focus is on hydrology, and hydrologic and water resources engineering. Steve was born in Newcastle, Australia, in 1944 and completed his undergraduate degrees at The University of Newcastle, graduating in 1967 with a B.Sc. in Physics & Mathematics, and a B.E. (Hons. I),in Civil Engineering. He earned his MS in 1968 and Ph.D. in 1970, in Civil Engineering, from Stanford University. He is a Fellow of the American Society of Civil Engineers (ASCE, 1988), American Geophysical Union (1990), the American Association for the Advancement of Science (1996), and The Environmental & Water Resources Institute of ASCE (2013).

Steve's research interests are eclectic. His work has covered the spectrum of surface water hydrology. He has worked on many topics of societal concern in water resources planning and management, particularly concerning uncertainties associated with flood and drought magnitudes, and water supply. His more recent work with colleagues includes: gravel bed river scour as it relates to salmonid spawning; measurement of rainfall - at a point, and spatially with radar; mitigating the hydrologic effects of land-use change, particularly urbanization; determining data needed to support spatial hydrologic models; and exploring alternative reservoir release patterns conditioned on long-term forecasts. For the past several years he has explored education and professional preparedness needed to build infrastructure for societal resilience and to limit damage from natural and other major disasters.