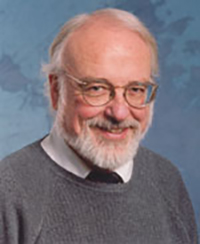 Bob Holtz, PhD, PE, D.GE, has degrees from Minnesota and Northwestern, and he attended the Special Program in Soil Mechanics at Harvard under Professor A. Casagrande. Before coming to the UW in 1988, he was on the faculty at Purdue and Cal State-Sacramento. He has worked for the California Dept. of Water Resources, Swedish Geotechnical Institute, NRC-Canada, and as a consulting engineer in Chicago, Paris, and Milano. His research interests and publications are mostly on geosynthetics, soil improvement, foundations, and soil properties. He is author, co-author, or editor of 23 books and book chapters, including Introduction to Geotechnical Engineering, 2nd Edition (with W. D. Kovacs and T.C. Sheahan, 2011), as well as more than 270 technical papers, discussions, reviews, and major reports.

Professor Holtz is a Distinguished Member of ASCE, was President of the ASCE Geo-Institute 2000-1, and currently serves as the International Secretary for the Geo-Institute. He is a Member Emeritus of TRB Committee on Soil and Rock Properties, a Past President of North American Geosynthetics Society; and a member of several other professional and technical organizations. He has taught numerous short courses and given many presentations at seminars and conferences, both in the U.S. and abroad. In 2010 he was named the 46th Karl Terzaghi Lecturer, which has been presented at several US venues and in Brazil, China, and Canada. In 2008, he was named the Puget Sound Academic Engineer of the Year.

Throughout his academic career, Professor Holtz has had an active consulting practice, involving geosynthetics, foundations, soil reinforcing, soil improvement, properties and containment of nuclear wastes, slope stability and landslides, investigation of failures, and acting as an expert witness. His clients have included federal, state, and local public agencies, civil and geotechnical engineering consultants and contractors, attorneys, and manufacturers, both in North America and overseas.