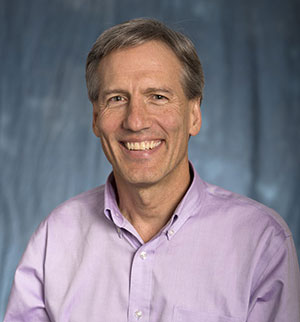 Greg Miller received his BSCE from the University of Washington in 1980, and then went on to earn his MSCE (1981) and PhD (1983) degrees from Northwestern University in Evanston, Illinois, returning to the University of Washington as a faculty member at the end of 1983. His research and instruction have focused primarily in the areas of applied mechanics and computational methods, with applications including structures, geotechnical systems, and transportation infrastructure. His technical expertise centers primarily around numerical methods, software development, and image-based damage characterization. He and his graduate students have produced a number of software packages that have been widely used in both professional and educational contexts.

He has served in both local and national leadership roles, serving most recently as Interim Dean of Engineering, and Department Chair of Civil and Environmental Engineering from 2009 to 2017. He has received various awards both for research and for education, most notably a National Science Foundation Presidential Young Investigator Award in 1987, a University of Washington Distinguished Teaching Award in 1994, and a David B. Thorud Leadership Award in 2017.

CEE professor and former department chair Greg Miller, who is currently vice dean of the College of Engineering, has been appointed interim dean effective July 2019.

Congratulations to Greg Miller for receiving the David B. Thorud Leadership Award.