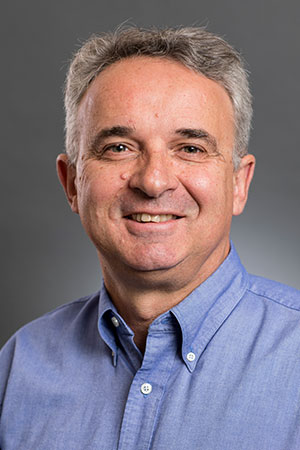 Marc Eberhard received his Bachelor of Science in Civil Engineering from the UC Berkeley in 1984. After working for the Bridge Design Division of the California Department of Transportation, he attended the University of Illinois at Urbana-Champaign, where he received his Master's Degree (1987) and PhD (1989).

Marc Eberhard joined the faculty at the University of Washington in 1989. He received the Presidential Young Investigator's Award from the National Science Foundation in 1991, the ASCE Reese Research Prize in 1994, the PCI Zollman Award in 2013 and the ASCE T.Y. Lin Award in 2014.

It may be impossible to predict when a M9 earthquake may strike the region, but researchers have succeeded in predicting a crucial detail: the likelihood that bridges will be passable following such an event.

Most people know that the Pacific Northwest is overdue for a catastrophic earthquake. But they may not know that CEE faculty are actively working to reduce the consequences.

PSEC Academic Engineer of the Year

Professor Marc Eberhard has received the PSEC 2018 Academic Engineer of the Year Award in recognition of his dedication to students and his innovative earthquake engineering research.