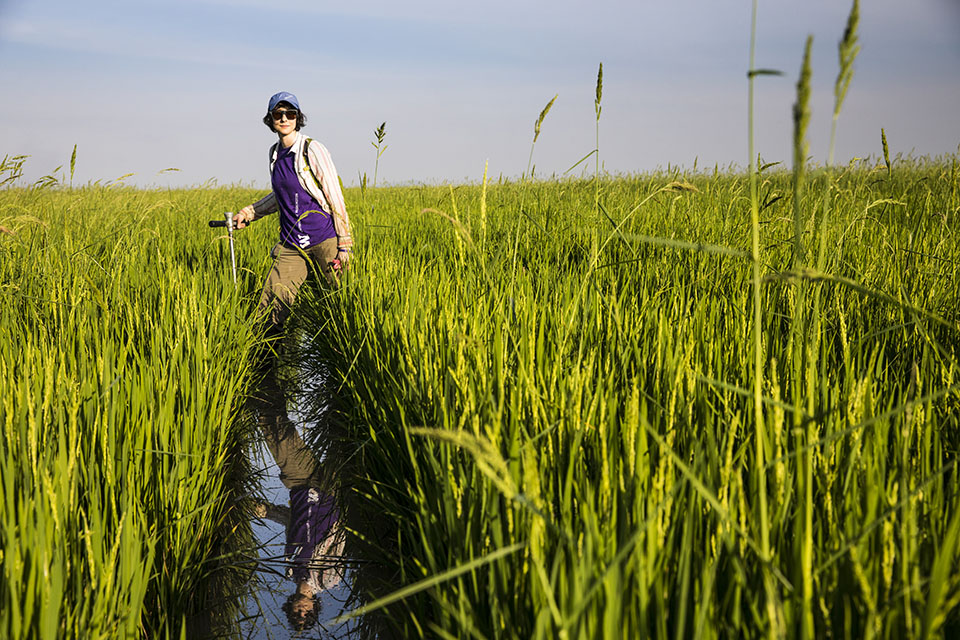 When civil and environmental engineering graduate student Yasmine Farhat says she’s going out into the field to conduct research, she means it. Rice fields, to be exact.

Based in Phnom Penh, Cambodia, where she lived for four months, Farhat frequently traveled several hours’ north of the capital city in a four-wheel drive vehicle to collect soil and rice samples in two rice-producing powerhouses along the Tonlé Sap Lake, a tributary of the Mekong River. 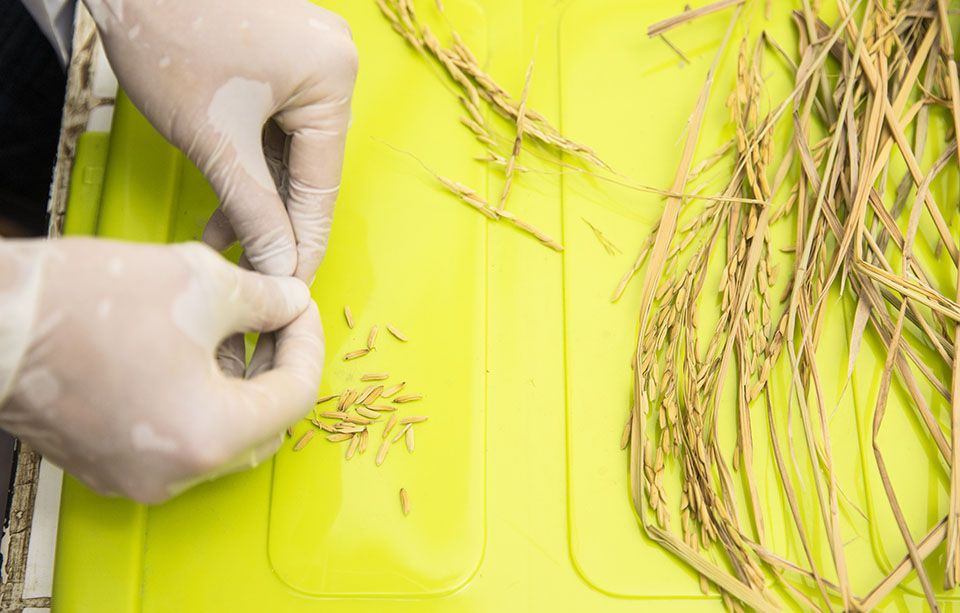 Processing rice samples from the field.

“What is often not fully appreciated in the United States is how important rice is in Cambodia,” Farhat says. “Most Cambodians eat rice three times per day.”

Together with assistant professor Rebecca Neumann, Farhat is working to understand how Cambodia’s most important crop will be impacted by the introduction of hydropower dams along the Mekong River. The project is part of a larger interdisciplinary research effort focused on preserving the food system in the country, as Cambodians get up to 70 percent of their daily calorie intake from rice.

One of the most water-intensive crops to grow, rice requires not just a lot of water, but a lot of water at just the right time. With dams threatening to disrupt the current water cycle and monsoon floods that fuel rice production, the researchers anticipate changes to the nutrient content and seasonal yield of rice.

“Our hypothesis is that the flooding allows fresh soil from elsewhere to come and settle onto the rice fields and that brings in a bunch of nutrients and minerals that the plants need. So they do really well the next season,” Neumann says.

To uncover the severity of the impact, and mitigate the effects, Farhat is measuring harmful contaminants such as arsenic as well as beneficial nutrients like zinc. By pinpointing the factors that fuel rice growth and nutrient content, the researchers can make recommendations for the optimal operation of dams, such as water releases that optimize for high rice yield for rice varieties that are high in minerals and low in contaminants.

“Once we figure out what key variables are important, we can assess whether those will be impacted by the flood duration and timing and make predictions into the future,” Farhat says. 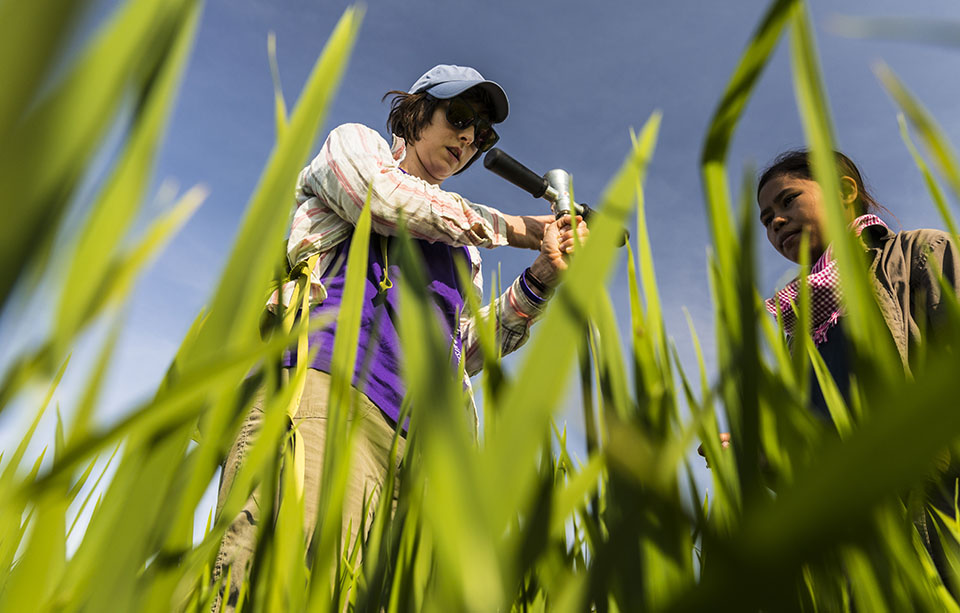 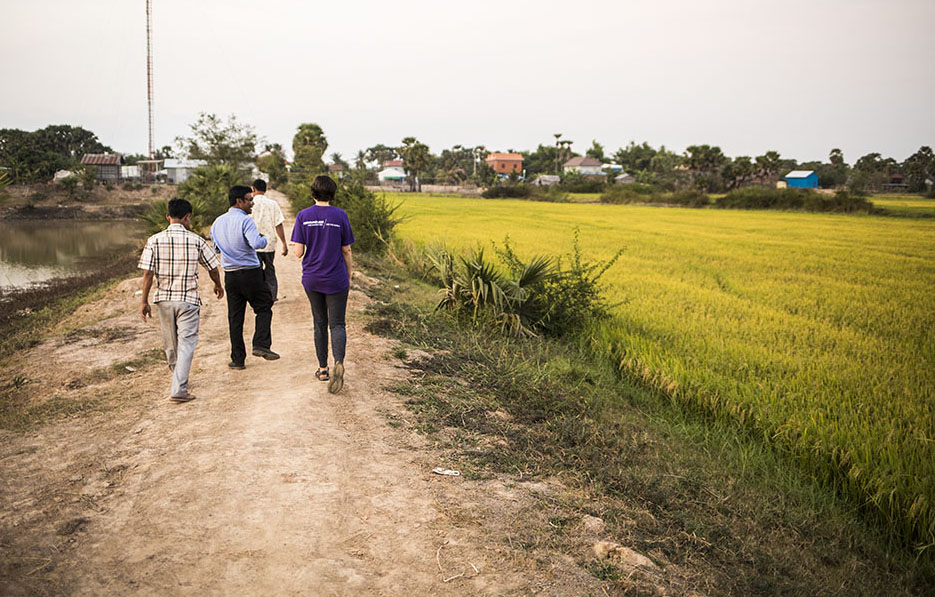 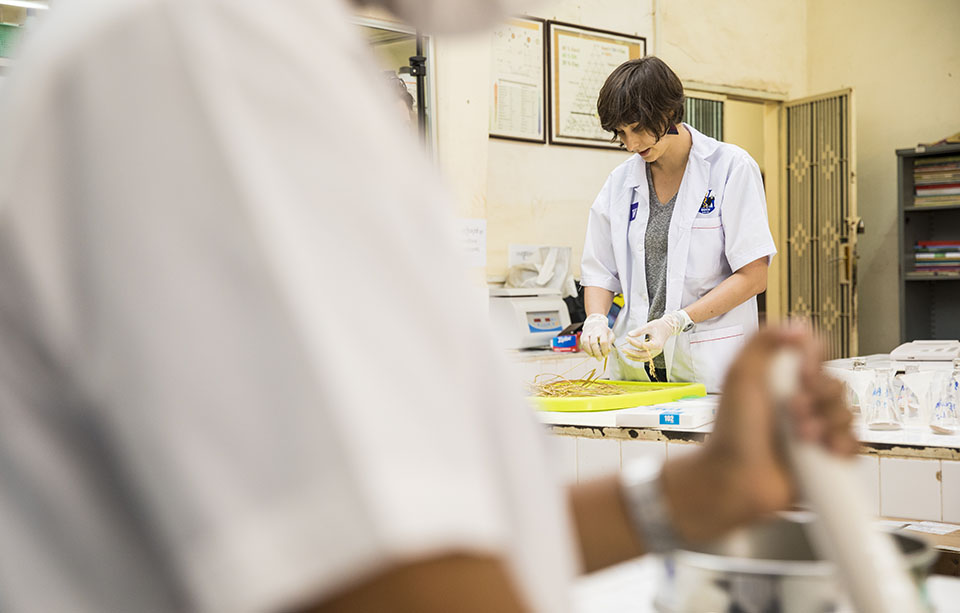 Working in collaboration with the Royal University of Agriculture in Phnom Penh, graduate student Yasmine Farhat processes rice samples that she will bring back to UW. 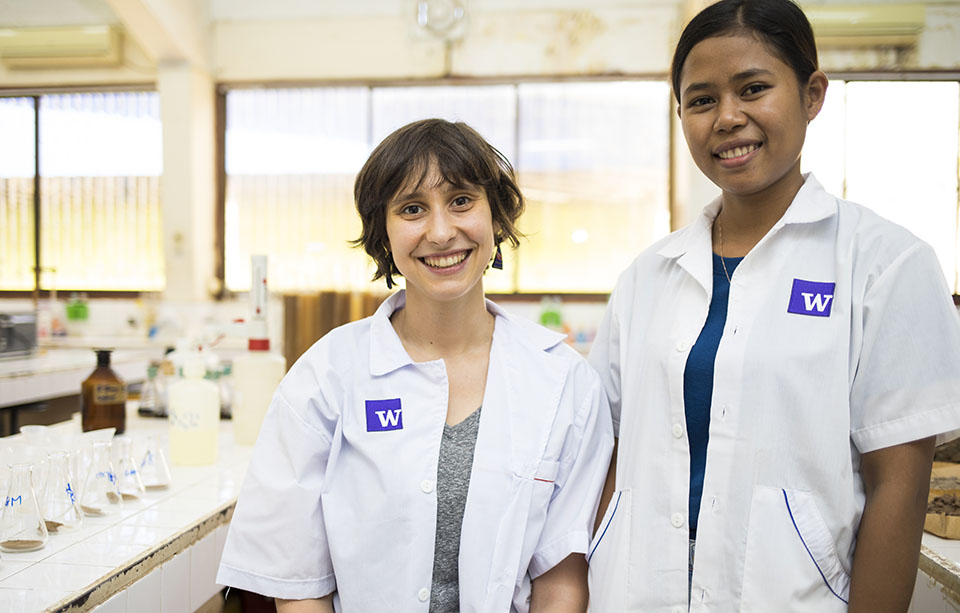 In Kampong Thom Province, one of two areas where Farhat conducts research, each visit starts by meeting with farmers at the Farmer Water User Community Office. Sitting down at a large table with the farmers, Farhat answers questions and shares updates about the research.

“They get really involved, a lot of times they hop into the field with us and want to help and be part of the excitement,” Farhat says. “The farmers have a lot more knowledge of rice production than we do. Their value is significant.”

Although more than 130 new hydropower dams are on the horizon, the farmers are not yet visibly, or vocally, concerned. They are more interested in how the research can inform the general day-to-day aspects of growing rice.

“I want to know about the fertility of the soil, if it’s good or bad and how to fix it,” says farmer Heang Lam, who has been growing rice for more than 10 years.

Collaborating with local researchers is also an important aspect of the project. For the past year, the researchers have worked closely with the Royal University of Agriculture in Phnom Penh, where master’s student E-Nieng Muth helps analyze soil and rice samples.

Still in data-gathering mode, Farhat plans to bring her initial findings to the table, quite literally, in the near future, to share with the farmers at Kampong Thom Province.

“It’s all about the connection between food, water and energy,” Farhat says “We are trying to understand this interplay, how the changes in water and changes in energy produced by water will impact food security in Cambodia.” 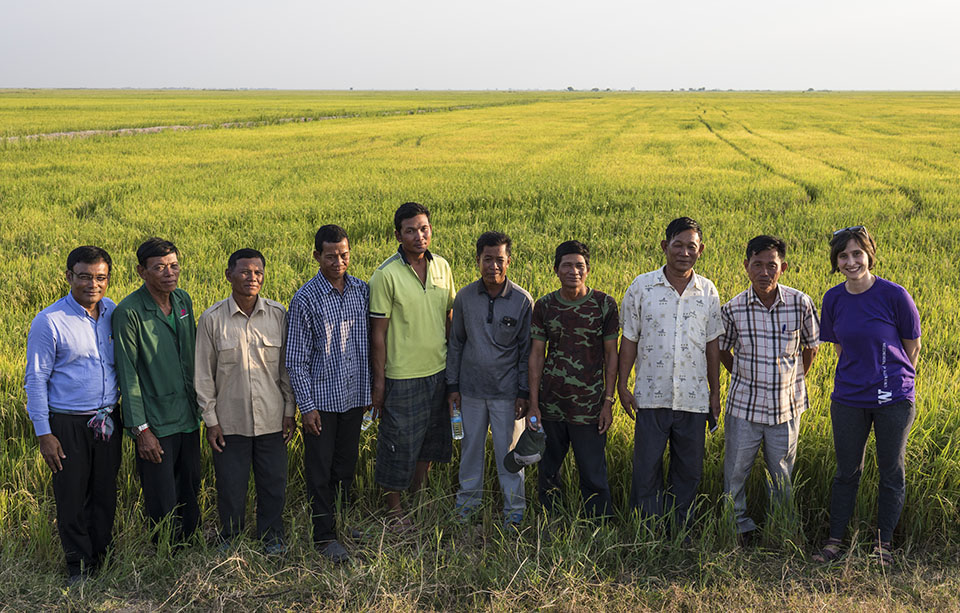 To discover how changes to the Mekong River will impact the future of fish and rice in Cambodia, UW CEE researchers are working in collaboration with the College of the Environment, School of Public Health and Arizona State University.

Supported by an NSF grant the researchers are collectively working to provide recommendations for sustainable hydropower development and management in Cambodia that balances renewable energy with food security. Read the immersive story about the project.