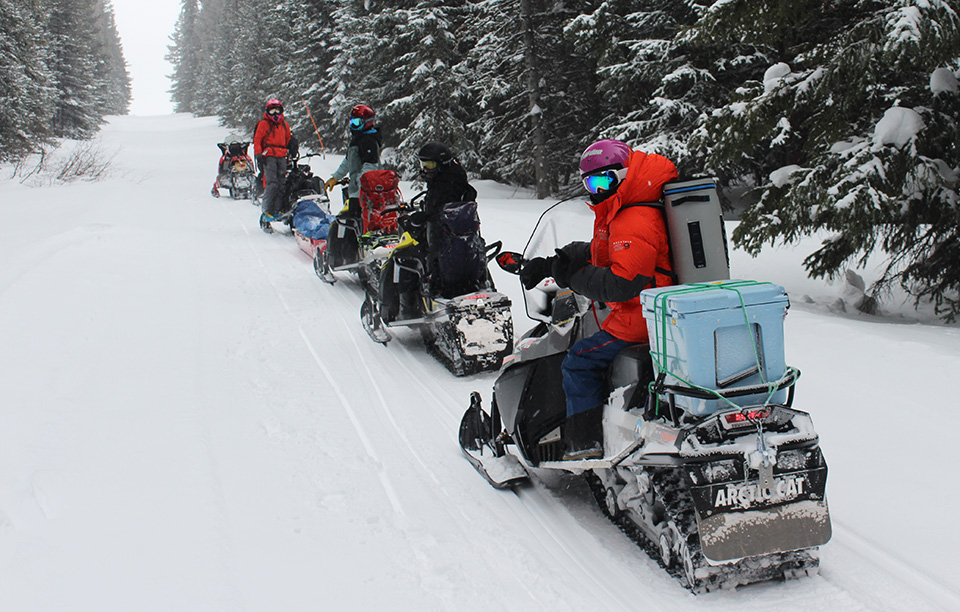 With their faces covered to protect from frost-bite, members of the field crew head back to the lodge after a full day gathering data.

Space and snow don’t usually have much in common, but that may change in the near future. Researchers are working toward one day utilizing NASA satellites to measure seasonal snow melt, which provides water to billions of people around the world.

This past winter, UW CEE researchers joined more than 40 people from around the world who participated in a three-week NASA SnowEx field campaign in Grand Mesa, Colorado. The goal of the campaign was to gather data and test technologies that will inform the eventual development of NASA satellites that will enable more precise monitoring of water resources. 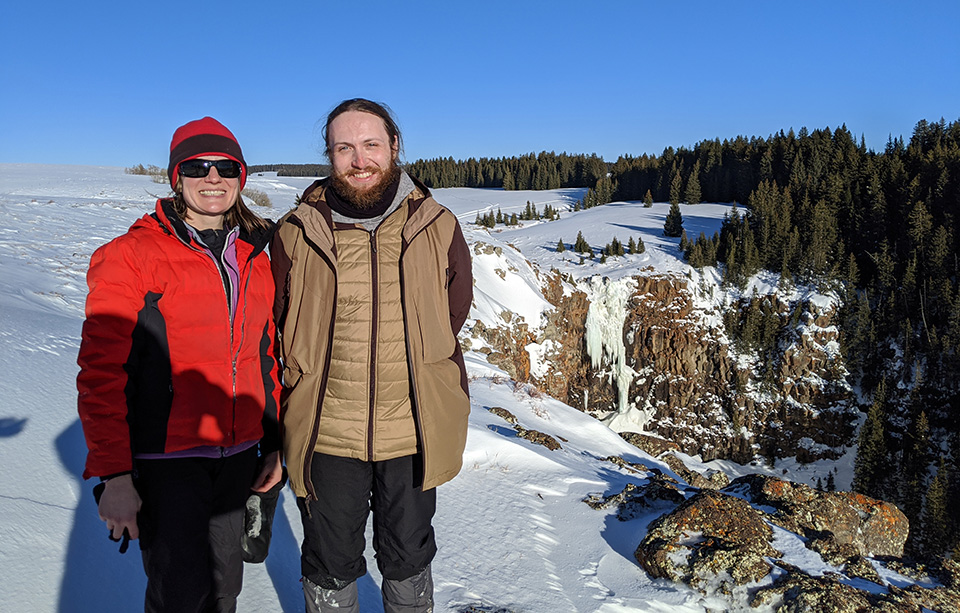 “Before a satellite can be built and launched into orbit, NASA needs snow scientists to determine which remote sensing technologies and their associated computer models work best,” says CEE graduate student Steven Pestana.

Being able to more easily and accurately estimate seasonal snow melt is increasingly important, as annual snow melt is used in a variety of ways, from irrigation for agricultural crops to generating hydroelectricity. To predict seasonal snow melt, researchers calculate the amount of water that is produced when snow melts, called the Snow Water Equivalent (SWE), which varies by region depending on a variety of factors such as the depth and density of snow. To determine the SWE, researchers often visit mountains and forests where much of the world’s seasonal snow falls.

“If SWE could be measured globally from space, people all over the world would have better information about how much water they’ll receive downstream when the snow melts and can plan accordingly,” says Pestana. “This is especially important in light of climate change, as we cannot necessarily rely on the historical record to help predict future conditions.”

Based out of a lodge in Grand Mesa, the snow hydrology researchers departed at 6am each morning to head out to the field sites, located about an hour away.

“We drove snowmobiles each day out to our study sites – that’s a daily commute to work I’m going to miss,” says Pestana.

In small teams, the researchers collected data at newly dug snow pits each day. The study site locations were selected to provide an even sampling distribution across various snow and forest conditions. The researchers also regularly returned to a few sites to measure changes during the three-week campaign.

“We spent about an hour at each site, where a team would start digging a pit to take snow density and temperature profiles and someone else would start taking depth measurements in the surrounding area,” says Lumbrazo. “I spent most of my time analyzing the snow layers and crystal structures.”

By the end of the field campaign, the researchers collectively gathered more than 30,000 snow depth measurements at more than 150 snow pit sites. 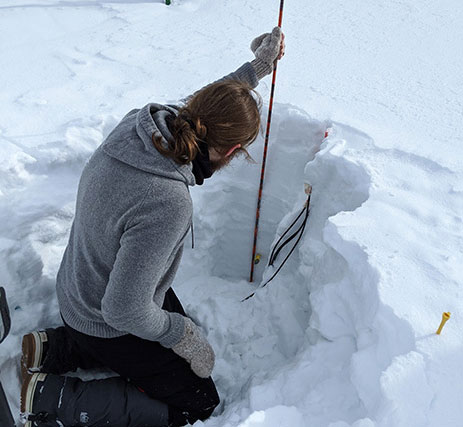 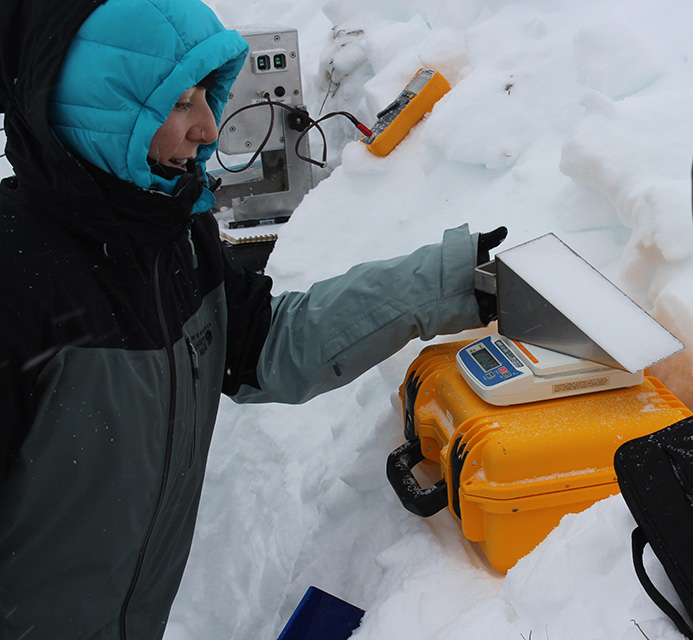 CEE graduate student Cassie Lumbrazo records the weight of a snow density measurement from inside a snow pit.

With the goal of improving remote sensing methods on Earth, which can inform similar advances in space, the measurements collected by the snow hydrology researchers will be used to validate snow data simultaneously gathered by a separate team of researchers who utilized a variety of airborne remote sensing instruments such as lidar and infrared cameras. The researchers experimented with a variety of technologies both in the air and on the ground.

“This provided a chance to test out all these different technologies and to develop new ways of using them, processing the data, or combining remote sensing with hydrology models,” says Pestana. “There isn’t one best remote sensing technology or method for observing or estimating SWE, but there are a lot that show potential.”

The data gathered during the campaign will be stored by the National Snow and Ice Data Center, where it will eventually be available to the public. Preliminary research findings will be presented at an upcoming SnowEx meeting in September 2020.