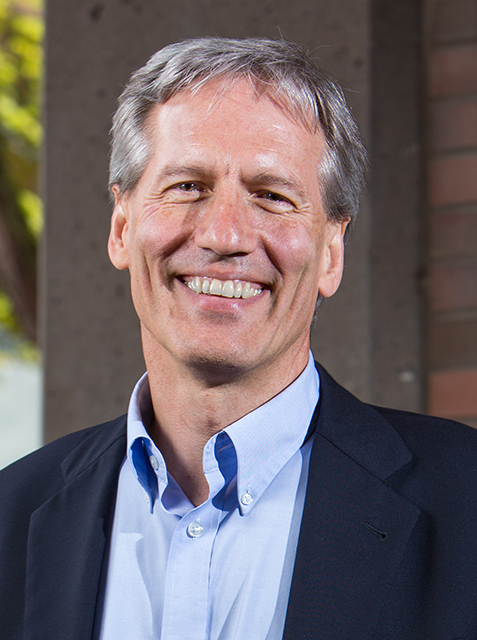 It’s no secret that civil engineers are good at building things. A hallmark of vice dean and professor Greg Miller’s career is building non-tangible things—such as collaborative relationships across the College of Engineering (COE).

“The best thing about being in the Dean’s Office and the vice dean role was getting to see that big picture perspective and making connections and bringing people together,” Miller says. “It was possible to help make the whole greater than the sum of its parts.”

“I started here at age 25; I’ve been at this a long time, and I’ve seen many changes, most notably the broadening of participation in engineering, which needs to continue,” Miller says. “I realized early on how fortunate I was to get this position and have never taken it for granted.”

Calling his career trajectory the “path of least resistance,” Miller first learned about engineering from his father and brother. A UW CEE graduate, his father was a civil engineer and Miller’s older brother studied ceramics engineering at UW. As a sophomore at UW, Miller was part of the first cohort of students who had to apply to the department due to increasing demand.

After graduating with his BSCE in 1980, Miller went on to earn his master’s and Ph.D. degrees from Northwestern University in Illinois. During his graduate studies, he got his first teaching experience.

“My adviser at the time had some health issues, so I took over his classes and got to teach,” Miller says. “I really, really liked it and got some good feedback, and that definitely influenced my interest in seeking a faculty position.”

At the end of 1983, Miller returned to UW as a faculty member, joining UW CEE. Many of his former professors were now his colleagues.

“I had the uncommon experience of being an undergraduate at the UW and, a few years later, my former professors were colleagues,” Miller says. “And later, through a strange twist of fate, I was in a leadership role. In each of those roles, I felt supported, which is again a testament to these people and the institution.”

Throughout his career, Miller’s research and teaching focused on the areas of applied mechanics and computational methods, with applications for structures, geotechnical systems and transportation infrastructure. Together with graduate students, he founded a start-up called Dr. Software, developing software used to teach structural analysis in educational contexts.

“For any of us who’ve ended up at a university with a faculty position, it’s truly a privilege to get to work with students at all levels in the enterprise of learning,” Miller says.

Since 2007, Miller has served in a number of leadership positions. In between two roles in the COE Dean’s Office, Miller served as chair of UW CEE for eight years.

“It was very helpful to be in the Dean’s Office prior to becoming chair, to get that perspective,” Miller says. “And then coming back to the Dean’s Office, after having been a department chair, I knew what departments deal with and manage.”

Miller’s first role in the Dean’s Office was associate dean of infrastructure and computing. He most recently served as vice dean of research and faculty affairs, where he and his team worked to promote and support research programs, seed college initiatives and assist faculty with research and funding proposals. Following Dean Mike Bragg’s retirement in 2019, Miller also served as interim dean.

“The things I feel best about in my leadership roles have been the things few people knew I was involved in, and what’s been possible working behind the scenes,” Miller says. “Broadly speaking, it’s having had a role in helping lots of different people move toward their goals.”

Although it may seem like Miller is retiring early, he doesn’t think of it that way – his parents retired around the same age. As a bit of a compromise, Miller has agreed to stay on in a limited capacity as an advisor to Dean Nancy Allbritton.

“I always told myself I’d rather retire while people said ‘Why don’t you stay?’ rather than the opposite,” Miller says.

And as for how Miller will be spending his time during retirement, he has many interests both technical and non-technical, the latter of which include learning new musical instruments, athletics and sailing with his wife on an unexpectedly acquired older sailboat.

“It’s strange to end your career by vanishing from Zoom screens,” Miller says about retiring during the pandemic. “There are so many offices I need to walk into to express my appreciation. That will be a high priority for me when we can finally go back to campus.”