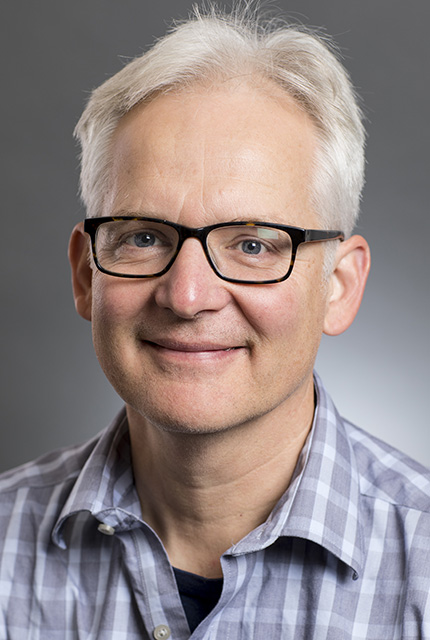 For his work to spearhead the development and ongoing improvement of hydrologic models that are widely used by researchers around the world, CEE professor Bart Nijssen is the recipient of the American Geophysical Union (AGU) Edward Flinn III Award. The annual award honors a senior scientist who is an “unsung hero who provides the ideas, motivation and labors of love that build and maintain the infrastructure without which our science could not flourish.”

“I am very honored to have received AGU's Edward A. Flinn III Award,” says Nijssen, who is the Allan and Inger Osberg professor. “The creation and maintenance of open source software, public datasets, and other elements of our shared research infrastructure requires dedication of time and effort by many in the science community. My own scientific career would not have been possible without unselfish contributions from countless others.”

For more than 20 years, Nijssen has served as one of the main programmers for the Variable Infiltration Capacity Model (VIC), which was originally developed by UW CEE in the early 1990s and which benefited from scientific and code improvements by a large cast of scientists. A macroscale hydrologic model, VIC is used to solve water and energy balances in major river basins around the world.

“Bart’s ‘labor of love’ spanning two decades has enabled numerous scientific breakthroughs by building and maintaining a robust computational hydrology infrastructure for the VIC model. Bart has spent most of his career managing the modelling process for the global earth science community, which has accelerated scientific advances by strengthening the model ecosystem,” wrote CEE professor Faisal Hossain in a nomination letter.

The VIC model has had a tremendous influence on large scale and global scale hydrology during the past 25 years and has received more than 35,000 web of science citations since 1996. Researchers use it to investigate a variety of topics from climate change to water and natural resource management.

“Over the years, Bart has been the one to enhance the VIC code, sort out issues with its numerical approximations, and cultivate its forcing data and look-up tables. It is this – largely anonymous and wholly unglamourous work – that has allowed VIC to become (arguably) the most widely applied macroscale hydrological model in the world,” wrote Dr. Wade Crow, USDA ARS Hydrology and Remote Sensing Laboratory, in a nomination letter.

In addition to the VIC hydrologic model, Nijssen has also been involved in enhancing and maintaining  publicly accessible modeling infrastructure for several other models including the Dynamic Hydrology Soil Vegetation Model (DHSVM), another widely used community model for high-resolution hydrologic analysis at small scales; RVIC, a streamflow routing model; and most recently the community-driven Structure for Unifying Multiple Modeling Alternatives (SUMMA), which is a hydrologic modeling framework that was designed to help researchers and practitioners understand reasons for inter-model differences in model behavior.

Nijssen is also known for being a trailblazer in promoting software engineering practices in hydrologic research and had the foresight to introduce open-source modeling systems that facilitate ongoing improvement by various research groups.

“As earth scientists and engineers, we were never really trained on proper code development and maintenance, and although most of us prefer to be out in the field we do spend a lot of time in front of a computer. Through his exemplary work, Bart has provided the blueprint for all of us to organize our analyses, experiments and model development in ways that enable and facilitate reproducibility,” wrote Konstantinos Andreadis, Assistant Professor, University of Massachusetts, Amherst, in a nomination letter.