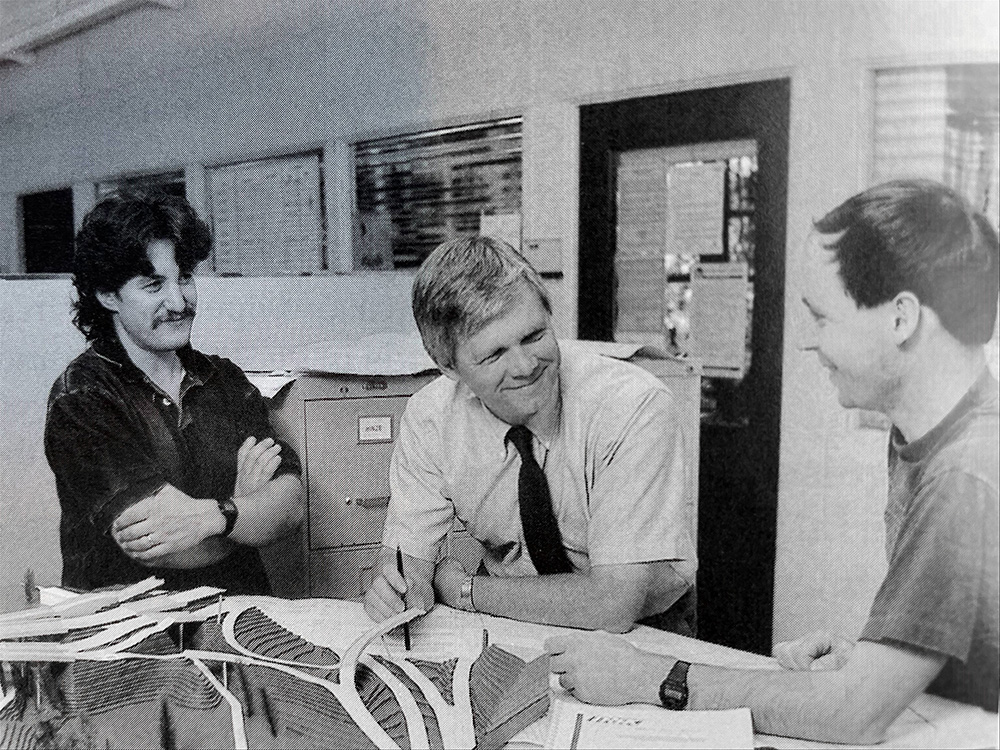 If you know Professor Joe Mahoney, you know he loves a good story. And the new student scholarship fund established in honor of his upcoming retirement is not only a good one — it’s a story that will get better over time.

That’s because the scholarship fund will support undergraduate students, with a focus on underrepresented students who are the first in their family to attend college and have experienced educational or economic disadvantage.

“It was quite a shock when I found out they were doing this,” says Mahoney, who retires September 15. “I hope to see students from all over Washington, and particularly from Eastern Washington, apply. If we can help them financially along the path to earning a BSCE degree, that would be fabulous.”

Generations of students have called upon him for life advice. His door is always open. I’ve seen him go out of his way to help students who he didn’t even know a few months ago. To Joe, that is part of his job — and a very enjoyable part of his job, if you ask me. Those kinds of efforts often go unrecognized.”

The Mahoney Endowed Student Support Fund was established by Mahoney’s colleague Professor Steve Muench and Muench’s wife Yvonne. The two faculty members first met in 1989 when Muench was an undergraduate student enrolled in one of Mahoney’s classes. Several years later, when Muench returned to the department to earn master’s and Ph.D. degrees, Mahoney served as his faculty adviser.

“I couldn’t think of a better person to work with than Joe,” Muench says. “He is by far the most influential person in my professional life. I learned how to be a professor from Joe and I can’t imagine doing what I’m doing now without his contributions.”

Honoring Mahoney’s upcoming retirement by helping students is fitting, says Muench, who not only benefitted from Mahoney’s advice and encouragement during his own schooling, but says that Mahoney regularly goes out of his way to support students. He helps them secure internships, jobs and scholarships through the large network of contacts he’s built over the years.

“Generations of students have called upon him for life advice. His door is always open,” Muench says. “I’ve seen him go out of his way to help students who he didn’t even know a few months ago. To Joe, that is part of his job — and a very enjoyable part of his job, if you ask me. Those kinds of efforts often go unrecognized.”

Both faculty are excited that the timing of the scholarship fund may potentially dovetail with an initiative currently underway in the department, which is to offer an online BSCE degree program in the near future. The online option could greatly reduce barriers for students with financial limitations who may not be able to afford moving to the city, says Mahoney. And coupled with the scholarship program, students could not only live at home, but have some of their tuition costs offset.

“My assumption is that if you can educate young people where they now live, they’ll get their degree and probably practice there or nearby. And if that’s the way it turns out, that’s fantastic and would be the ideal outcome for the graduate and the state,” Mahoney says.

Make a gift to the Joe Mahoney Student Support Fund, or learn more about this opportunity.