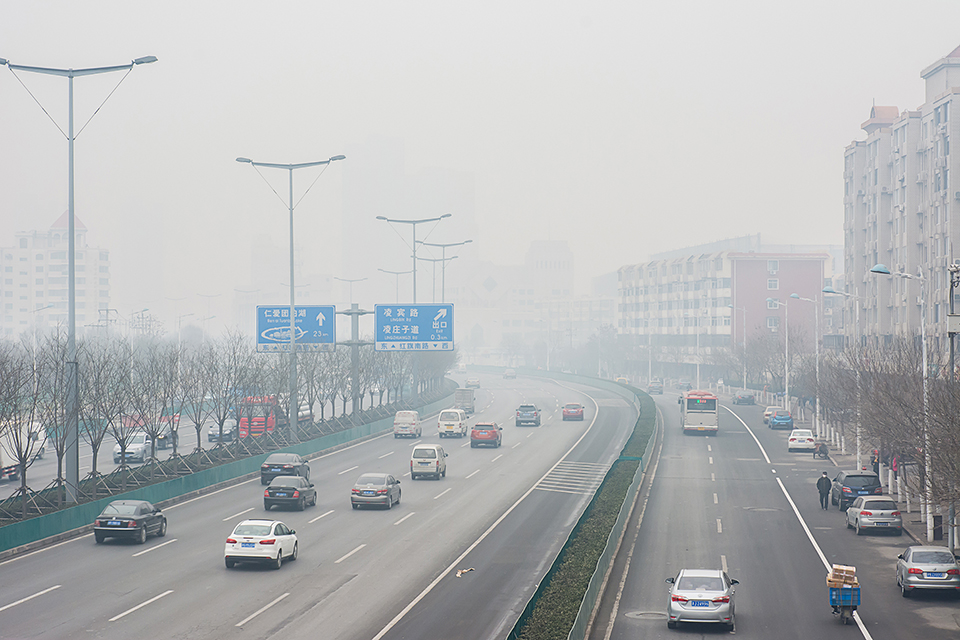 Although in some countries, including the United States, socioeconomic factors such as higher income and education correlate with less exposure to outdoor air pollution, this isn’t the case in China. In fact, it’s the exact opposite.

For the first time, UW researchers have uncovered that people living in China who have a higher socioeconomic status (SES) are actually more exposed to outdoor air pollution, also known as ambient air pollution. This finding runs contrary to existing studies conducted throughout North America, which have shown that higher pollution levels tend to be experienced among people with lower SES.

While disparities in ambient air pollution are well-studied between different countries, variations within-country have been poorly studied except for in a few high-income countries. China accounts for one-fourth of the total 4 million worldwide deaths per year attributed to ambient air pollution, which is associated with stroke, chronic respiratory diseases and lung cancer. The findings were published June 8 in Environmental Health Perspectives.

The researchers speculate that the varying correlations between SES and ambient air pollution may be due to a variety of factors, including unique economic, urbanization and industrialization characteristics in the countries. As the world’s largest developing economy, China has in recent decades experienced rapid urbanization, with widespread rural-to-urban migration.

“The patterns in China reflect that China’s economic development is positively related with both SES and air pollution. However, with further urbanization and economic reforms in China, the positive relationship between SES and air pollution exposure may weaken or shift in the future,” says senior author Yuzhou Wang, a Ph.D. student in Civil & Environmental Engineering.

In China, many people have relocated to cities in recent years to work in the manufacturing industry, which makes up a significant portion of China’s gross domestic product (GDP). These jobs tend to be higher paying on average, which has increased income disparities. With people tending to live closer to their workplace, they are exposed to higher air pollution levels associated with the manufacturing industry. In comparison, environmental inequity patterns in the United States are generally explained in part by past and present racial discrimination. Low-SES communities in the United States often lack the financial means and political power to prevent sources of pollution, such as undesirable land uses like highways.

In their analysis, the researchers investigated ambient NO2 and fine particulate matter (PM2.5) concentrations. These pollutants were selected because they are widely tracked, have health effects associated with exposures, and because estimates of pollution levels are newly-available at small-scale spatial resolution (1 km). The researchers combined estimated annual-average ambient levels of these pollutants for the year 2015 with national demographic information, which included SES factors such as income and education levels. They also considered factors such as rural to urban migration and minority status. The researchers compared their results using multiple approaches to measuring SES, including individual and community-averaged scores.

The researchers speculate their findings may apply to other countries, particularly low and middle-income countries that are racially homogenous and have seen economic development in recent decades.