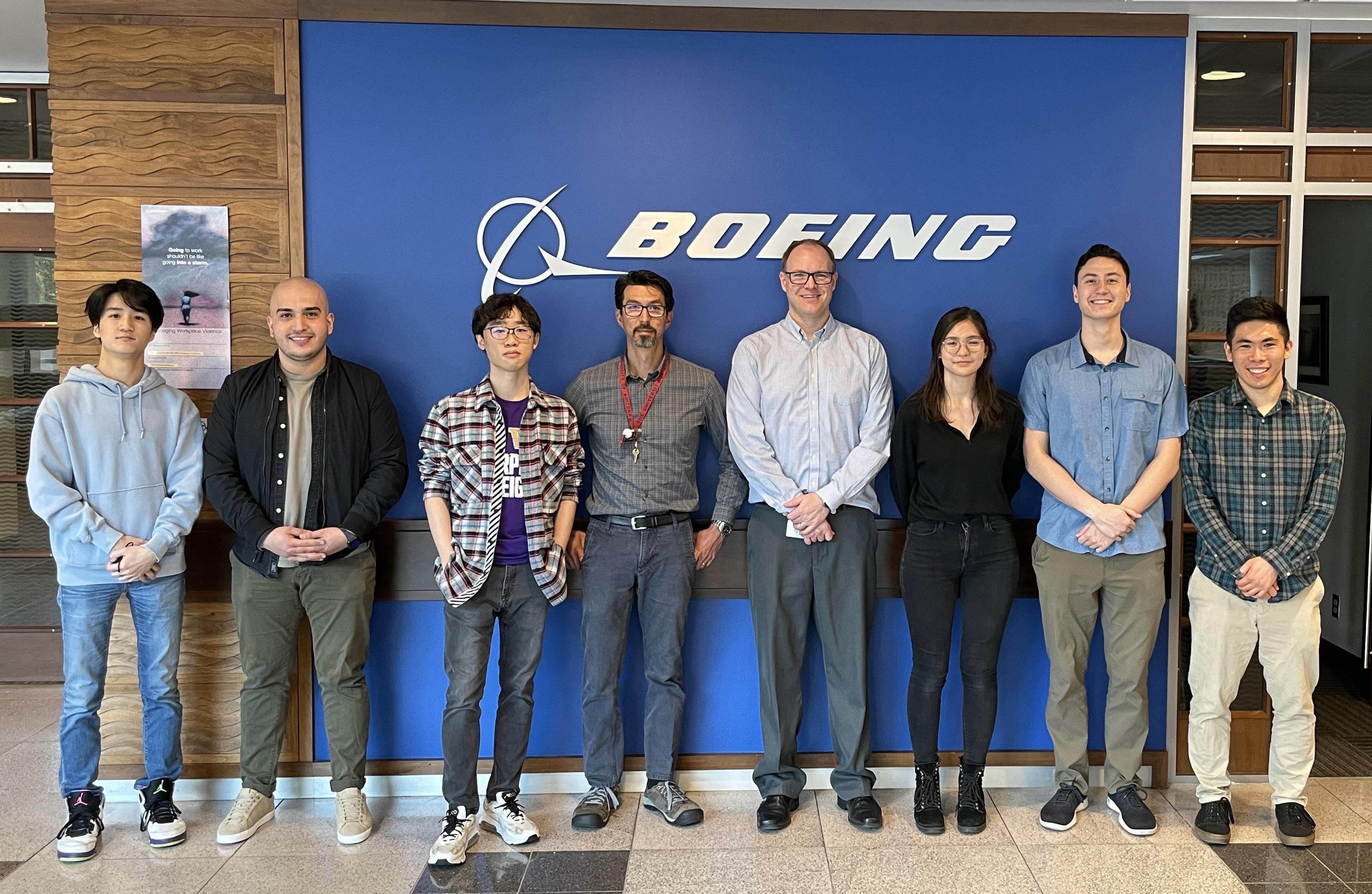 Students earned their wings during a spring quarter capstone project undertaken in partnership with Boeing. Fittingly, they worked on a novel design for a wingtip end cap that was produced using 3D printing.

“The project was successful, as the students developed an end cap with an efficient internal lattice structure, which was lighter weight than a traditional machined end cap,” says CEE Associate Professor Richard Wiebe, who advised the student team.

This was the third year in a row that CEE has partnered with Boeing on a sponsored project through the industry capstone program. Collaborating on the project were six interdisciplinary students: Mohammad Asakreh, Zhaohan Pan and Takahiro Soeda from Civil & Environmental Engineering;  Joseph Chen and Jake Simeroth from Mechanical Engineering; and Talia Murphy from Materials Science & Engineering. The students also worked with two mentors from Boeing: Mitchell Mellor and Matt Soja.

During the capstone project, the students characterized the performance of different lattices (photo left) and assessed the feasibility of designing wing tip end caps with a lattice-reinforced interior (photo right).

On aircraft, wingtip end caps serve aerodynamic purposes and also carry electronic equipment. The capstone project aimed to assess the performance of a lattice-style design to reinforce the interior of the wingtip end cap, which would reduce overall weight, as well as the feasibility of utilizing 3D printing to produce both the exterior and interior components.

“The use of 3D printing allows for a much lighter structure. Current end caps are often machined out of a solid block of material and large regions cannot be accessed to remove (i.e., cut away) material,” says Wiebe. 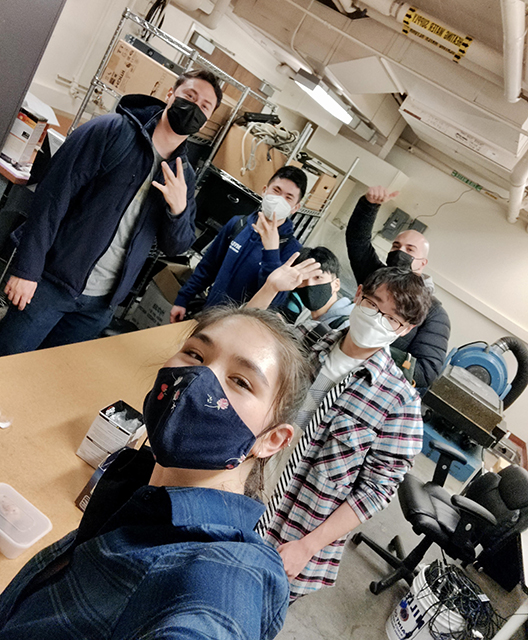 The student team has fun during fabrication and testing.

The project was divided into two parts. First, the students characterized the performance of different lattice designs utilizing cantilever samples (where only one side is supported, similar to wings on an airplane). With this knowledge, they designed a wing-tip end cap that utilized a lattice design for interior reinforcement. The design phase entailed structural analysis, dimensioning and fabrication. Low-cost polymer 3D printing was also used in a preliminary study to explore the performance of different lattice geometries. The final step was testing — Since wing tip end caps are subjected to structural loads, they must resist excessive displacements or material damage.

“The end cap was tested under realistic structural loads and met the requirements,” says Wiebe. “The students gained a lot of confidence in the structural analysis equations and methods they have learned the last few years, as the equations proved to be accurate in predicting performance.”

At the end of May, the students presented their project together with other teams at the 2022 Boeing Capstone Showcase, which was attended by Boeing executives and capstone mentors as well as UW faculty, students and project advisers.

Student teams present their projects at the 2022 Boeing Capstone Showcase.