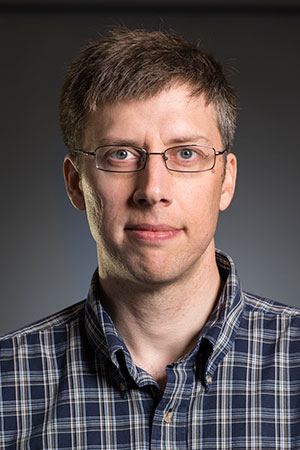 Richard Wiebe joined the Department of Civil and Environmental Engineering in 2014 after working at the Air Force Research Laboratory where he investigated the nonlinear dynamics of aerospace structures. Prior to this, Richard received his Ph.D. from Duke University in December 2012, his Master's at the University of Waterloo in 2009, and his Bachelor's in 2007 from Lakehead University, all in Civil Engineering.

Richard's research is focused on nonlinear structural dynamics of civil, mechanical, and aerospace structures. His work utilizes both numerical and experimental methods to improve the efficiency of these systems. Applications include analysis of structural response in extreme environments (e.g. seismic, blast, high-speed aircraft), buckling and stability of slender structures, and applications in marine turbines.

Post-tensioned rocking for base isolation of structures in earthquakes

Students earned their wings during a spring quarter capstone project undertaken in partnership with Boeing. Fittingly, they worked on a novel design for a wingtip end cap that was produced using 3D printing.

Congratulations to the following three UW CEE faculty members who were promoted in September in recognition of their hard work and achievements: Associate Professors Paolo Calvi, Richard Wiebe and Mari Winkler.

At the end of spring quarter, several CEE faculty and students were honored with department awards.

CEE's first-ever capstone design project in partnership with Boeing during spring quarter was a soaring success.