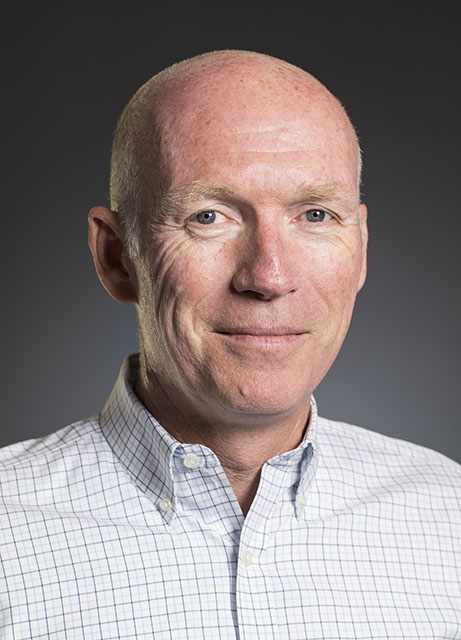 It’s one thing to leave on a high note. It’s quite another to leave after being elected to the National Academy of Engineering.

“That’s kind of a cherry on top of the cake,” says professor Steve Kramer, about receiving one of the highest professional distinctions in engineering in February 2020.

Having reached the pinnacle of his career, Kramer retires after spring quarter. During his 36-year tenure at the UW, he helped establish and grow CEE’s geotechnical graduate degree program, made notable research advancements, assumed leadership roles with research centers and even authored a book.

“I have always loved learning, that has been my motivation,” Kramer says. “Having a job where you can satisfy your curiosity and learn new things has been fantastic for me; I feel very lucky to do the things I’ve been able to do.”

After earning all three of his degrees at the University of California, Berkeley, Kramer accepted a faculty position at the UW in 1984, joining the geotechnical group.

“When I arrived, there really wasn’t a geotechnical graduate program. There were only three practicing geotechnical engineers in the Puget Sound region with graduate degrees from the UW,” Kramer says. “There were only two faculty, my first class had three students in it and the lab was used as a storage room.”

Over the years, Kramer worked to establish a graduate program with professor emeritus Robert Holtz and, later, professor Pedro Arduino.

“I came in on the weekends and built lab benches, I wanted to get things going,” Kramer says. “I also met with local firms. Many supported the idea of building up a geotechnical program, though a few said ‘it’s never going to happen.’”

Now boasting five faculty, 25 graduate students, and hundreds of alumni, the program has a strong reputation across the country.

“We are competitive with other programs; it has been a really good small program for the past 20 years, and now it has grown,” Kramer says. “With our new faculty, I feel like I’m leaving it in good shape.”

Over the years, Kramer has been involved with many national and international research efforts and has made notable research advancements in the areas of liquefaction, seismic slope stability and dynamic soil behavior.

Together with a graduate student, he pioneered an innovative method for producing more complete, rational and consistent estimates of the hazards of liquefaction, which causes soil to behave like a liquid in different earthquake-prone environments. The researchers received a prestigious Norman Medal for their efforts.

“That’s had some impact,” Kramer says. “We’re in the process now to get it into the building codes.”

Locally, Kramer led a study with professor Marc Eberhard that documented the seismic vulnerability of the Alaskan Way Viaduct and Seattle seawall about 25 years ago. He has also worked on various independent consulting projects over the years, from the Tacoma Narrows Bridge and high-rise buildings in downtown Seattle to dams and landslides around the world. He plans to continue consulting during retirement.

Kramer has also assumed leadership roles with several research centers, including the Pacific Earthquake Engineering Research Center, which is developing performance-based earthquake engineering, and Next Generation Liquefaction project, an international effort to build an openly accessible database of liquefaction case histories that will be used to develop new predictive models.

As he looks back on his time at the UW, Kramer says there is one memory that stands out. About 15 years ago, when he was recruited by another university, Kramer decided to use the offer as leverage to fund a remodel of the geotechnical group’s space, which was spread across several locations in two buildings and in need of upgrades.

Although the department chair at the time, professor emeritus Scott Rutherford, was able to secure some remodeling funds, he fell about $70,000 short. To raise the remaining funding, Rutherford made an appeal to the local geotechnical professional community. In just two days, the funding was secured.

“The way that people stepped up in the local community and the way that Scott worked so hard were significant factors in my deciding to stay here,” Kramer says. “It has been nice to think back on how that all came together and resulted in a better space for our students and faculty.”