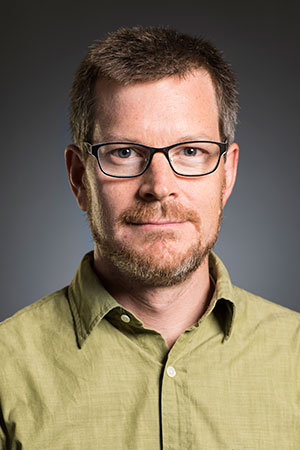 Alex Horner-Devine grew up canoeing on the rivers and lakes of Ontario, Canada before starting his career in fluid mechanics as a whitewater kayaking instructor on the Ottawa River. He then studied fluid mechanics in Mechanical and Aerospace Engineering at Princeton University. Seeking to return closer to his roots, he entered graduate studies in Environmental Fluid Mechanics at Stanford University, where he completed his MS and PhD degrees. Alex joined the Civil and Environmental Engineering faculty at the University of Washington in Fall 2004. He was a visiting scholar at the Delft University of Technology in the Netherlands from 2012 to 2013.

Horner-Devine's research group studies fluid mechanics at and near the river-ocean interface. They use field observations, laboratory experiments and numerical models to better understand the mixing and transport processes that determine the fate of sediment, nutrients and contaminants in rivers, estuaries and the coastal ocean.

Sediment transport in the Rhine River plume, the Netherlands (STW)

Intensification and impact of wave-breaking in river plumes (NSF)

Sediment re-suspension and transport in the Duwamish River estuary

Professor Alexander Horner-Devine and alumna Margaret McKeon are the recipients of the Pritchard Award.

During autumn quarter, civil and environmental engineering students and faculty once again embraced the “new normal” of remote learning. But this time around, they had experience – and a few new strategies.

Thirty years after the ASARCO copper smelter shut down, UW researchers make surprising discoveries about which lakes in the Tacoma area are most impacted by legacy arsenic contamination.