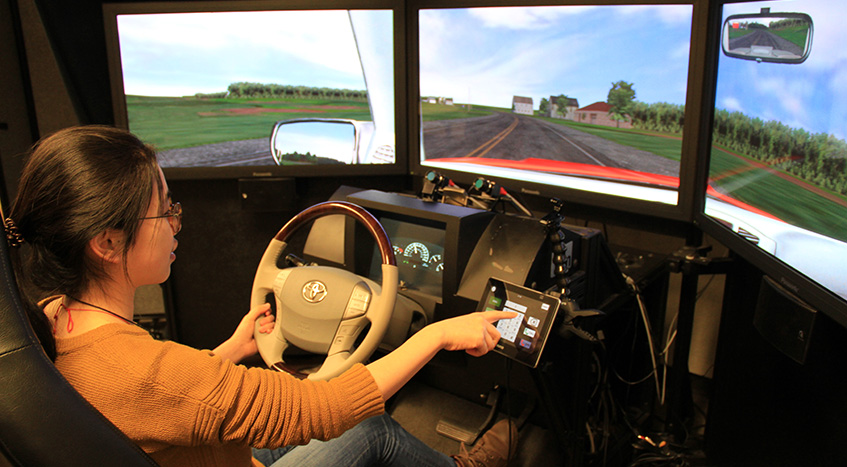 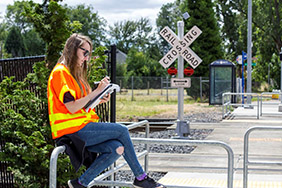 The U.S. relies on an expansive rail network, which often crosses highways at-grade along the way. In recent years, placing trails next to railroads has increased bicycle infrastructure, but complicates crossings. To better understand the intersections, particularly how their safety can be improved, a team of researchers from the SCTL Center, including graduate students Anna Alligood and Polina Butrina, worked with the Oregon Department of Transportation. The researchers visited sites across the state to collect data and observations. The project produced a guidebook for use by public agencies to increase safety at highway-rail-trail crossings. 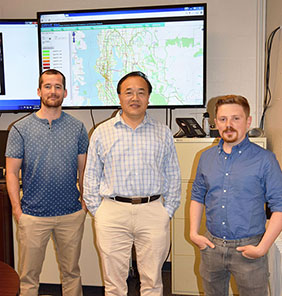 It has historically been difficult and expensive to collect passenger travel data in order to improve transit service. However, thanks to new technology developed by UW CEE researchers, it is now easier and less expensive to learn about travel patterns. The technology detects the unique Media Access Control address of mobile devices and gathers data such as where bus riders board and disembark and how much time passes before they catch another bus. The research team includes Ph.D. student Kristian Henrickson, alumni Yegor Malinovskiy and Matthew Dunlap, research associate Zhibin Li and professor Yinhai Wang.

CEE faculty oversee labs and research groups, where they investigate a variety of critical problems related to transportation engineering. Undergraduate and graduate students are encouraged to participate in research.

$2M from NSF to design an ‘adaptable society’

A team led by professor Cynthia Chen has received a nearly $2 million grant from NSF to further research into how urban societal systems can be organized to be both efficient and resilient.

The Supply Chain Transportation & Logistics’ Urban Freight Lab has launched one of the nation’s first zero-emissions delivery pilots that focuses on the “last-mile” — when parcels are moved from a transportation hub to a final destination.

A new regional survey uncovers commute, work and lifestyle changes during the pandemic.

Co-led by TRAC director Mark Hallenbeck, an initiative to promote independent mobility for all is awarded $11.45 million. 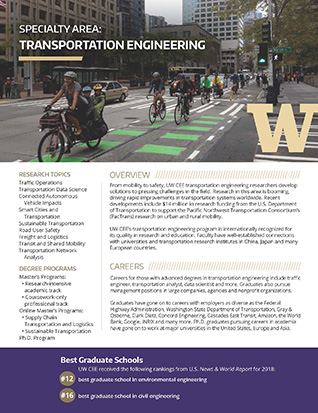