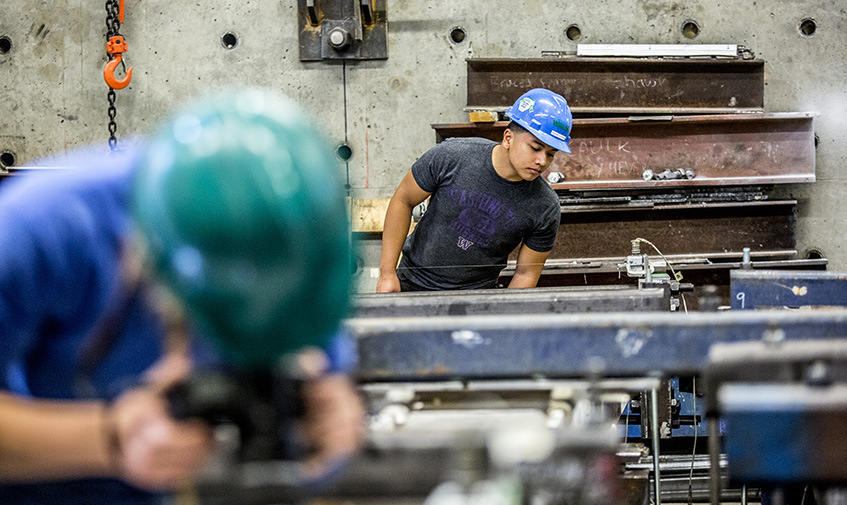 A full-scale test on a steel braced frame in the Large-Scale Structural Engineering Testing Laboratory evaluates the seismic performance of chevron braced frames with beams that that are weaker than current code requirements.

UW CEE structural engineers perform innovative research across a wide range of topics using experimental, numerical and analytical techniques. The diverse expertise of the structural engineering research group provides unique opportunities for research. Current research projects are aimed at improving the resiliency of structures against earthquake, tsunami and wind hazards; creating more durable materials; modeling, evaluation and design of reinforced concrete, prestressed concrete, steel, timber and composite structures; improving the sustainability of structures and designs for rapidly constructed structures; enhanced structural systems for marine and aerospace environments; and developing computational mechanics tools for numerical modeling of complex physical phenomena, including the structural behavior of turbine blades as they interact with the surrounding fluid media. Faculty are closely engaged with the professional engineering community and their research is consequently implemented in practice. 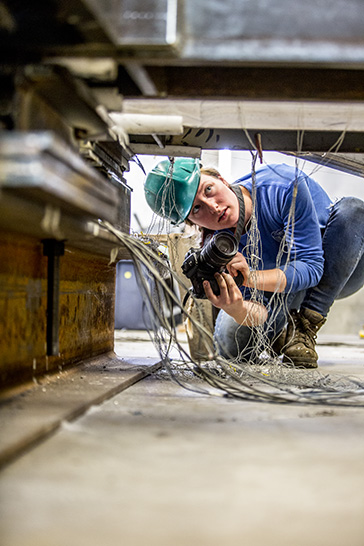 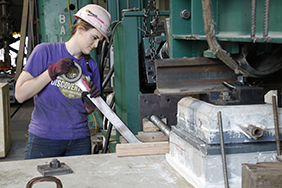 Light rail will cross a floating bridge for the first time in the world when construction is completed on Sound Transit’s East Link Extension Project in 2023. The engineering feat is possible thanks to a team of researchers, including master’s student Kristina Tsvetanova (shown here), and former students Travis Thonstad and Matthew Sisley, who are collaborating with consultants to test various features of the system, which has never before been implemented. Since not a single hole is allowed on the bridge deck, engineers developed a solution to connect light rail tracks to the bridge without the use of traditional methods such as bolts. Tsvetanova is leading the team conducting tests on the final prototype, which consists of a complex “sandwich” of different materials to connect the rails to the bridge deck. 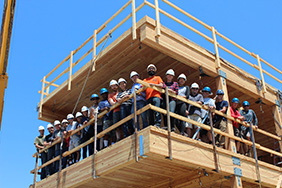 Building high-rises that are both earthquake resilient and sustainable is the goal of a team of researchers from across the country, including master’s student Sarah Wichman. The researchers paired a new type of sustainable building material with a rocking wall system, which allows walls to rock back and forth during an earthquake. The rocking wall concept, now quite widely copied throughout the industry, was originally developed at the UW in the 1990s. During a large-scale test of the system, Wichman oversaw the installation and testing of the rocking walls. The researchers found no significant damage to a two-story prototype after 14 earthquake simulations. The research may one day inform the next generation of buildings constructed in earthquake zones.

The Structural Engineering faculty members hold teaching to be an important part of their work, and have a long record of excellence in teaching. Two faculty hold University Distinguished Teaching Awards, another has won the Departmental Teaching Award more frequently than anyone else, and two more have recently achieved “perfect” teaching ratings from their classes.

Centers headquarter research on specific themes and act as hubs connecting faculty and students with resources to support research, education and outreach activities. Researchers are affiliated with the following centers:

It may be impossible to predict when a M9 earthquake may strike the region, but researchers have succeeded in predicting a crucial detail: the likelihood that bridges will be passable following such an event.

The team at the Miami Herald has received the 2022 Pulitzer Prize in Breaking News Reporting. The award honors the media team’s investigation into the partial collapse of Champlain Towers South, for which CEE Professor Dawn Lehman was a key technical contributor.

CEE's RAPID facility continues to advance data gathering protocols and procedures in the aftermath of natural disasters, thanks to a $6 million NSF renewal grant.

CEE's RAPID facility continues to advance data gathering protocols and procedures in the aftermath of natural disasters, thanks to a $6 million NSF renewal grant. 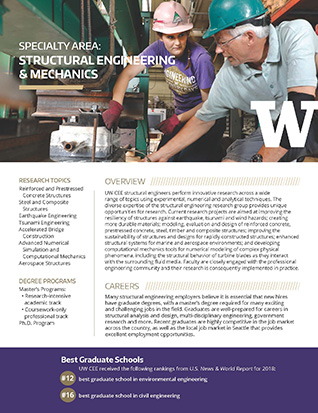 Click to open the Structural Engineering and Mechanics Research Flyer